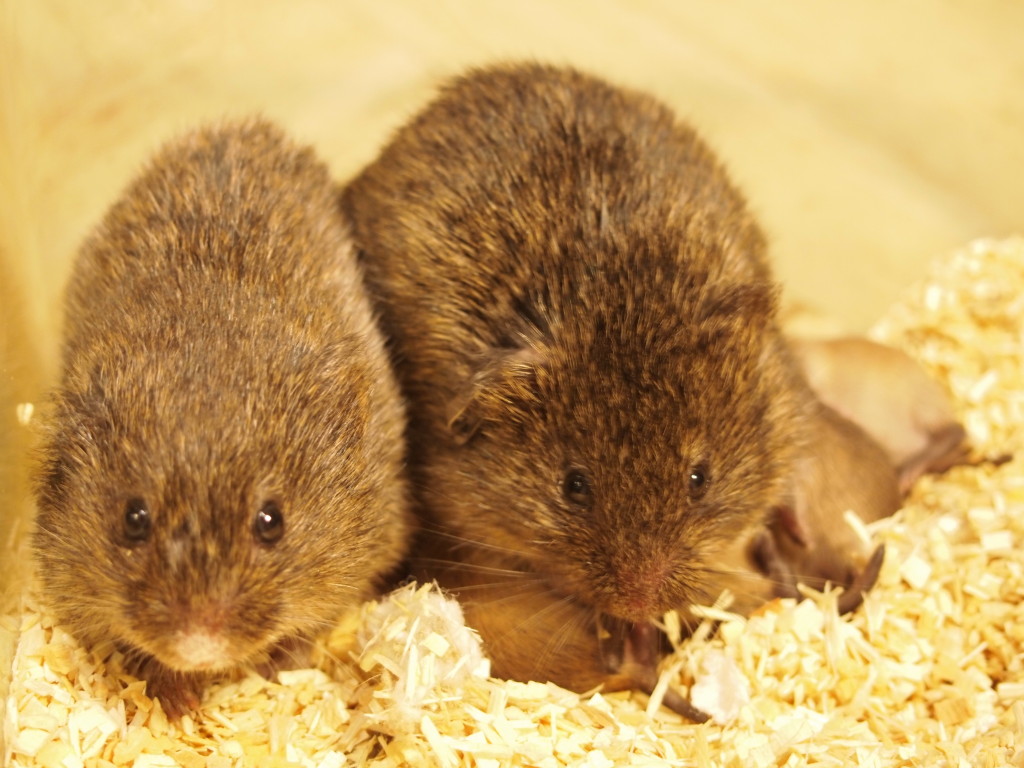 Humans are not the only species that make use of empathy to console their dear ones. According to new research, prairie voles are also very empathetic when it comes to other little rodents.

They express their consolation when their loved ones are stressed by giving them a good extra-long licking. Before now, scientists had only observed consolation behavior in a handful of non-human species, such as dolphins, dogs and elephants – all considered to be highly intelligent animals.

Even though prairie voles are not as smart, scientists found they are rather sociable mammals that mate for life in monogamous pairs. This type of characteristics has made them the ideal study subjects for biologists who focus on gaining insight into nature’s social bonding.

Researchers at Emory University wanted to see whether prairie voles engage in consolation behavior, so the rodents were separated from their relatives for a short time. Half of the time, one of the two voles was subjected to brief electric shocks that would heighten their stress levels.

The important part of the experiment was the reunion. When they were allowed to be back together, the life companions of the shocked and stressed rodents started licking their relatives with more vigor and for longer periods than they did their unstressed relatives.

It turns out that grooming is the equivalent of a therapeutic day at the spa for prairie voles. Scientists were surprised to see that un-shocked voles also became stressed – which showed in their hormone levels – when they weren’t allowed to console their shocked partners.

Consoling behaviors were completely lacking when scientists repeated the experiment with rodents who were neither relatives nor friendly with each other. Strangers would still offer grooming to the shocked vole, but their licking didn’t change compared to the non-stressed strangers.

It is also noteworthy the finding that the consolation behavior is linked to the voles’ oxytocin receptors, and that they failed to groom each other when these were blocked. According to previous studies, oxytocin receptors are associated with empathic behavior in humans.

Published in the journal Science, the new study follows another research that proved prairie voles are not in the least stressed if they’re confined into tight quarters, provided they are surrounded by their relatives.
Image Source: Clever Crows