You are here: Home / Health / Mark Zuckerberg Gets Backlash For Vaccinating His Daughter 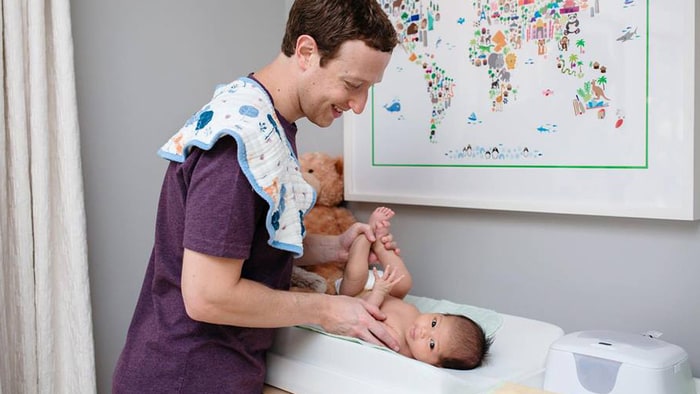 Zuckerberg and his daughter, Max

A photo is worth a thousand words, or so it seems, as Mark Zuckerberg gets backlash for vaccinating his daughter and is accused of endorsing vaccination for money. The picture has sparked far too much controversy for just one snap that was likely blown out of proportions.

The Facebook owner recently snapped a picture with his 2 month-old daughter, Max, at the doctor’s office with the message “time for vaccines!”. While Zuckerberg likely didn’t meant for it to be a way to promote vaccination or poke at anti-vaccination supporters, it was interpreted that way nonetheless. Anti-vaxxers instantly jumped to criticize the new parent on his decisions.

It’s difficult to imagine that the message was anything other than a father immortalizing a moment with his young daughter. Some believe there was a more subtle message to it, and were quick to jump in, adding fuel to the flames of the popular debate.

Within hours of it being posted, the photo of Zuckerberg and Max received 650,000 likes and 20,000 comments from some of his 47.5 million followers on Facebook. While most were supportive and positive, there were several that lit the fuse and sparked controversy over the simple photograph. This ranged from criticism to outright accusations.

Numerous people questioned Zuckerberg’s decision on having his daughter vaccinated, citing the unhealthy toxins that will only hurt her later in life. They commented on the medicine as being the cause of autism or other life-crippling conditions. This is in spite of the fact that numerous studies have already stated that there is no link between vaccination and Autism Spectrum Disorder.

Others even doubted the Facebook-owner’s research on the matter. They inquired if he even knew the dangers of having his child vaccinated… in spite of the fact that his wife, Priscilla, works as a pediatrician.

Some users went as far as accusing Zuckerberg for cashing in on endorsement money from pharmaceutical companies for promoting vaccines. Once again, this is in spite of the fact that the Harvard dropout’s net worth currently stands at around $40 billion.

The debate has sparked at the heel of numerous conflicts that have been ongoing in the past 10 years. Anti-vaxxers have flooded social media, discouraging people from getting their children vaccinated and stating that “herd immunity” does not exist. The Centers for Disease Control (CDC) has yet to find any scientific evidence to back their claims.

However, a good majority of posters commended Zuckerberg’s decision and praised him for being sensible enough to protect his child from diseases and, in turn, other children.