You are here: Home / Technology / Facebook Reactions Will Come Soon to First Testers 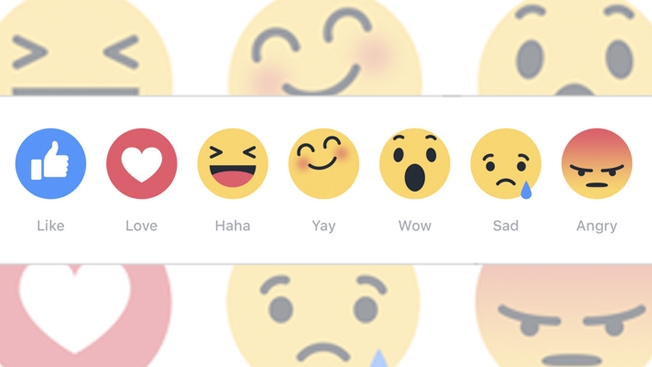 Your Facebook friend has just posted about the death of her cat, or you’ve seen an article about the migrant crisis. You want to show support and acknowledge the post, but clicking the Like button somehow feels wrong.

Maybe you’d feel better if a Sad button was available. In a few weeks, your options in terms of reacting to the posts you see on your Facebook news feed will be greatly changed.

At least that’s what Chris Cox told Bloomberg in a recent interview. Facebook’s Chief Product Officer is confident that the ‘Reactions’ panel that’s about to be launched will improve the way users interact with the platform.

Five new reactions are expected to be joining the popular Like button, but this is now news. Rumors of the upcoming changes made waves in the media starting last year, when we were given a sneak peek into what the new emoji reactions will look like.

Reactions’ release date has yet to be confirmed by Facebook, but Cox said it shouldn’t be longer than “a few weeks.” The new emoji were created in response to the request for a ‘dislike’ button.

Instead of messing with Facebook’s “secret sauce” and replacing its hallmark Like button, the new feature will allow users to diversify their response to posts via emojis, whilst still keeping the ‘thumbs up.’

According to details revealed by Cox, a streamlined design will have the animated icons appear whenever users click on the like button. No longer will you have to second guess your choice of ‘liking’ certain posts, because the new Reactions free you from the limits of the Like button.

Emoji options range from a tearful emoticon to a bright pink love heart that beats steadily. A host of emotions can be expressed with the help of Angry, Sad, Like, Wow, and Love buttons.

The rumor mill went into overdrive last March when Facebook founder Mark Zuckerberg expressed the site’s desire to give users more options when it comes to expressing their feelings. Back then, users hoped their wish for a ‘dislike’ button was finally coming true.

Facebook is confident about releasing ‘Reactions,’ mostly because they are a natural extension of the already popular emoji add-ons Facebook’s Messenger app already offers.

These clickable responses will also help Facebook’s developers and marketers by providing them with more data for their tailoring of user content.

Facebook Reactions will come soon to Spain, Chile, and Ireland, and then the global rollout will reach the 1.55 billion monthly active users.
Image Source: Ad Week