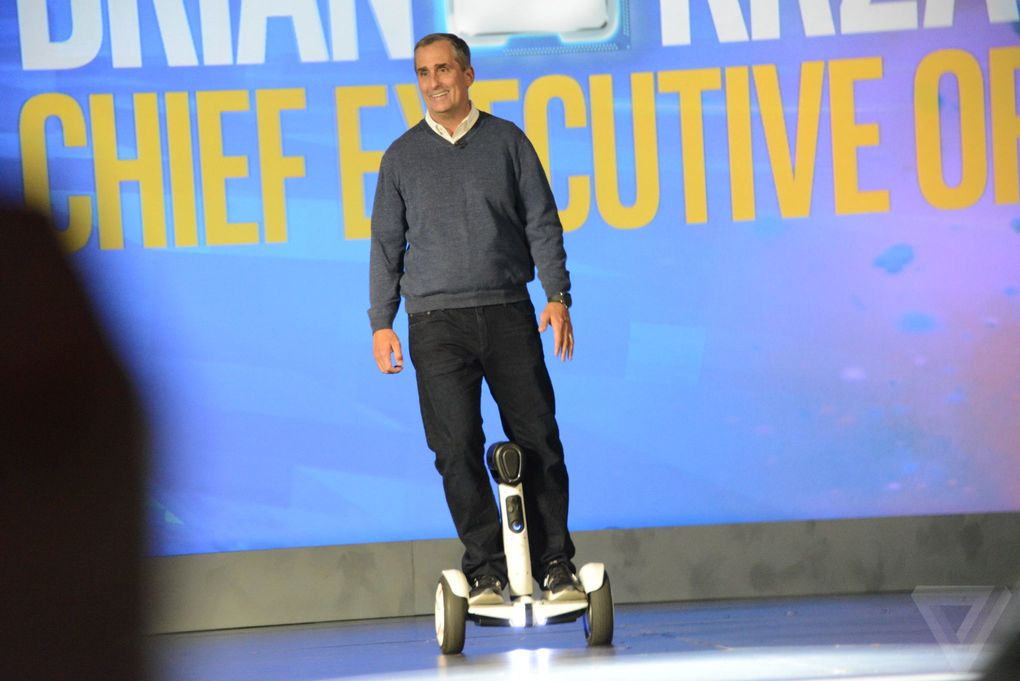 The Consumer Electronics Show (CES) taking place in Las Vegas, Nevada at the start of each year is one of the best places to get a glimpse of where technologies are heading to in the future.

Such is the case of the ever-surprising collaboration between Intel Corporation and Segway Inc., which debuted in the form of a robot butler.

This new version of Segway is like a tiny version of the original transportation mode launched over a decade ago. It no longer has a handle as the curious device switches from hoverboard to robot and vice versa depending on your necessities.

The small robot is simply equipped with two glowing LED eyes – not as creepy as you might imagine – and it can respond to basic commands through voice recognition. Besides also being able to stream videos, the new Segway robot can navigate a home environment without needing the assistance of a rider.

Ever since its first edition in 1967, CES has been “the” trade fair to be dazzled by new merch and futuristic technologies. The most innovative companies around the world apply for their own stand where its attendees can get a grip of what the near or distant future plans of that company are.

However, a plethora of reasons have substantially diminished the relevance of the CES over the past decade. While some companies still manage to make a few interesting announcements, the current state of the CES has its spectators scratching their heads rather than clapping in excitement.

This year has followed the same pattern, with a few exceptions. Intel and Segway’s new personal transporter can be filed under the exception category, reflecting the trade show’s sprit more than any other company or product.

Thanks to its movable arms – and friendly, blinking eyes – the new Segway device has more than just one application. Besides being a hoverboard designed for transportation, the robot can also speak, process commands and follow its owner around the house.

With the support of the RealSense Camera tech by Intel, the robot can “navigate successfully through a furniture-filled house;” it also stays faithful to his owner through voice recognition support that prevents anyone else from taking over.

As cool as it might sound, this technology could easily be considered a solution to problems that do not exist, much like other cool products presented at CES 2016.

However, the robot butler is more than a simple demo; the two companies plan to make it commercially available with a developer kit by midyear of 2016.
Image Source: The Verge