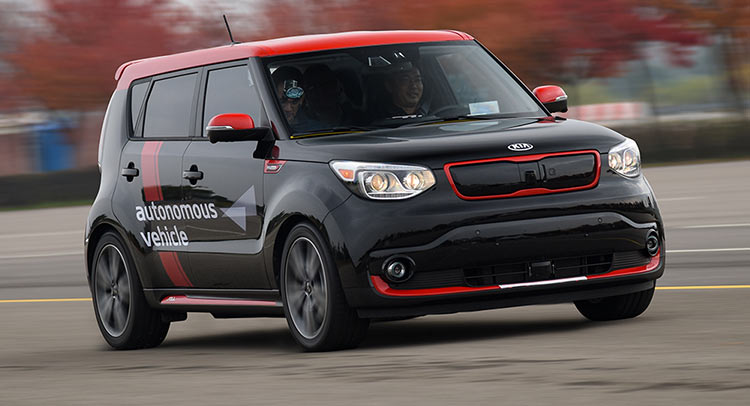 Is it time for Tesla, Google, Ford and other car companies to more over? Because Kia has just announced it wants a slice of the autonomous car industry.

If you thought the Tesla Model S was going to be the only EV self-driving around in the near future, well, get a good look at the announcement Kia has just dropped on the audience gathered for the Consumer Electronics Show in Las Vegas.

It’s true: Kia has just its permit to drive “fully autonomous Soul EVs on the public roads in Nevada.” Kicking off the first CES press conference on Tuesday, the car maker made some big promises about what’s to come.

First, Kia wants to release semi-autonomous driving technologies by 2020 – that’s just 4 years away, if you forgot – and launch a fully autonomous vehicle on the market by 2030.

Each of them is responsible with one of the many aspects involved in self-driving; HAD is designed to interpret lane markings, keeping the car in its lane or switching without the additional input of a driver.

Urban Autonomous Driving is the feature that deals with densely congested environments where navigating might become problematic. Last but not least, Preceding Vehicle Following helps the car always keep a safe distance from those ahead.

Kia has many other plans for its futuristic partially autonomous car, such as the Emergency Stop System, which will always follow the gaze of your eyes and drive the car to a stop in a safe place if you’re not paying attention.

There’s also Autonomous Valet Parking, which will allow drivers to use their smartphones to remotely park their cars into a space, even when they’re not in it. According to the announcement, $2 billion will be invested by 2018 in order to develop these new technologies.

What’s more interesting is that Kia showed a video of some passengers trying out the company’s autonomous concept car. It was no surprise to see the people sincerely shocked when the car started driving itself. “It’s like a roller coaster ride,” said one person.

That reaction is probably not what Kia was hoping for, but they have another 14 years to work that out, thankfully.
Image Source: Car Scoop