You are here: Home / Tech & Science / Over 100 Types of Bugs Are Teeming in Your Home 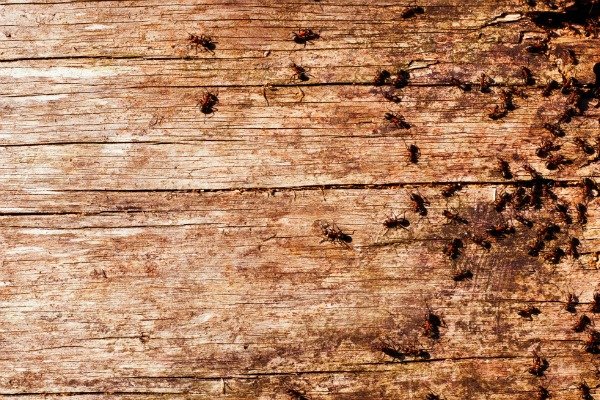 Even if this news might be freak-out worthy, you must keep calm. According to a first-of-its kind study, more than 100 types of bugs are teeming in your home right now. Fortunately, most of them are harmless.

This is the very first study to look at the amazing biodiversity of arthropods inside the human home, and a team of entomologists found plenty of spiders, insects, mites, centipedes and other crawling things in the 50 houses they visited in the Raleigh, N.C.

Every visible surface in the homes was swept as the researchers gathered all kinds of specimens, both dead and alive. The results astounded everyone: individual homes contain, on average, about 100 morphospecies.

Morphospecies is a term used by entomologists to describe organism types with no physical differences, but with genetic characteristics. The scientists sampled 554 rooms, which offered a diversity of more than 10,000 bugs, 579 of whom were identified as morphospecies.

But Michelle Trautwein, co-author of the study and entomologist at the California Academy of Sciences, is here to put your fear to rest. The truth is that the majority of our arthropods roommates – voluntarily or not – “are not overtly harmful,” but rather “quiet and benign.”

Published in the journal PeerJ, the study is the result of hundreds of hours of field biology – all conducted inside people’s homes. The researchers spent between two to seven hours in each house for the collection process.

After documenting the collected specimens, Trautwein’s team found there were a lot of cobweb spiders, gall midge flies, ants, booklice, and carpet beetles. It’s noteworthy that cockroaches roamed in 82 percent of the analyzed homes.

So why exactly do we share our homes with so many types of bugs? Experts have several explanations, starting with your beloved four-footed friend, which transports certain bugs in the home. Living in close proximity to heavy greenery also helps.

Plenty of mundane factors are also at play, such as bringing home a bouquet of flowers, or stepping in dirt before coming in.

But according to lead author Matt Bertone, an entomologist at North Carolina State University, people shouldn’t get the impression that “all of these species are actually living in everyone’s homes.”

Most of these bugs die pretty quickly after being introduced because they have no mechanisms of surviving in our homes. And even if they don’t die, the entomologists found the bugs can prove beneficial, because they fend off other pests.

The team’s next goal is to “explore arthropod biodiversity in human homes” on other continents, eventually on all of them.
Image Source: Do It Yourself