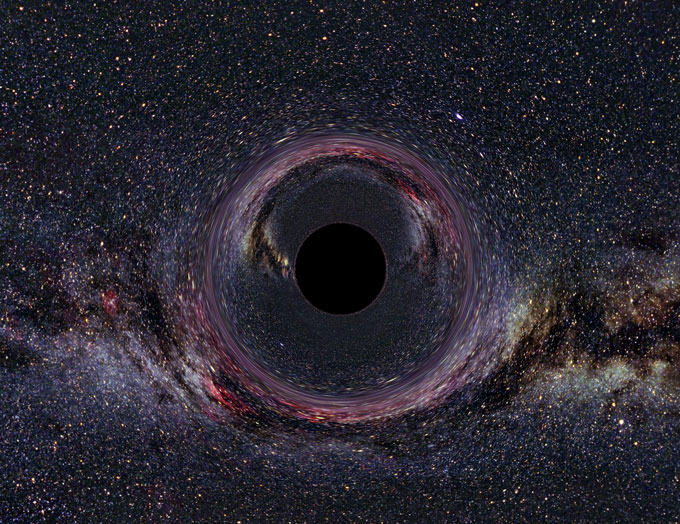 A team of Japanese astronomers announced the discovery of a mysterious gas cloud a mere 200 light-years away from the middle point of the Milky Way, and they hope this will clear the air around the black hole evolution.

The stellar-mass black holes are usually located at the centers of galaxies, formed in the aftermath of colossal explosions of gigantic stars and supermassive black holes (SMBH).

If the Sun seems already seems pretty large to us, imagine that the mass of a SMBH can range anywhere from several million to billions of times the mass of our galaxy’s Sun.

Scientifically named as CO-0.40-0.22, the recently spotted gas cloud is rather unusual thanks to its surprisingly wide velocity dispersion. The gas contained in the gas travels at a very wide range of speeds.

This mysterious feature was spotted with the help of two radio telescopes, one in Japan (the Nobeyama 45-m Telescope) and one in Chile (the ASTE Telescope); they are both operated by and the property of the National Astronomical Observatory of Japan.

Based on the observed data, the team performed a simulation “of gas clouds flung by a strong gravity source.” The best fit was a model that used a gravity source with 100 thousand times the mass of the Sun contained in the area with a radius of 0.3 light years.

Leading researcher Tomoharu Oka, professor at Keio University in Japan, explained that X-ray or infrared observations couldn’t detect any compact objects, so a black hole is the best candidate for the given situation.

Another recent study suggested based on a computer model that there should be around 100 million black holes splattered across the Milky Way Galaxy, but we have only found dozens so far.

X-ray observations miss a lot of black holes due to the fact that most of them may be too “dark,” undetectable at any wavelength. Oka added the team is looking into investigating gas motion with radio telescopes as well, which could be a complementary way to search for dark black holes.
Image Source: Space