You are here: Home / Health / Is Vegetarianism More Harmful Than Meat In Terms of Environmental Impact? 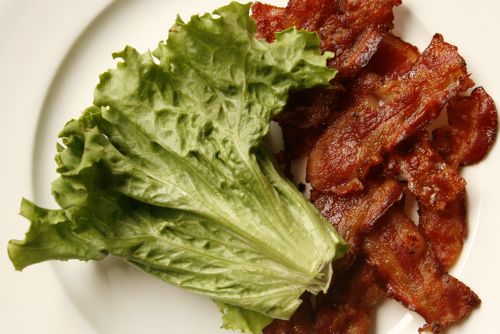 Hold your horses, meat fans. There were several media articles siding with the carnivores after a new study allegedly determined that vegetarianism is a lot more harmful to the environment than eating meat.

But is that really what the research reported?  It seems not, since the researchers who conducted this new study came forward and said such gross interpretations are far from the truth of the actual results.

According to Paul Fischbeck and Michelle Tom of Carnegie Mellon University, it’s not fair to lump together food from one category and call it all bad, because that’s not how science works, in terms of environmental impact.

Because not all foods in a particular food group are created equal, it’s erroneous to say “all vegetables are good” or that “all meat is bad.” What the study did was present a calorie-for-calorie approach which revealed the greenhouse gas (GHG) emissions resulted from producing one food or another.

For some journalists, the findings represented a conviction for vegetarians, as the study said that producing lettuce creates more GHG than bacon. But what they didn’t take into account is that realistically, vegetarians aren’t replacing each pork calorie with a lettuce calorie.

Focusing solely on this data point simply ignores the other findings presented in the study, such as the fact that rice, kale, broccoli, potatoes and wheat – to name just a few – are all ranked well below pork in terms of GHG.

In other words, it’s unfair to say that science has found vegetarianism to be bad for the environment. It would be more accurate to say they found that not all plant products are more environmentally friendly than all meat products.

Initially published in the journal Environment Systems and Decisions in late November, the study focused on how the dietary guidelines recommended by the U.S. Department of Agriculture impact the environment.

Researchers looked at three potential dietary plans and their theoretical impact on the environment; none of the hypothetical plans were vegetarian. Two of them had a larger imprint on the environment due to the fact that the USDA recommends an increased consumption of seafood – which ranks relatively high in GHG emission levels.

And yes, some fruits and vegetables leave a larger environmental footprint than meat, but vegetarian staples (grains and soy) compensate by having some of the lowest levels of GHG emissions. But even though some vegetables are worse for the environment than some meat, this study is not a good excuse to keep throwing back burgers.
Image Source: Seriou Seats