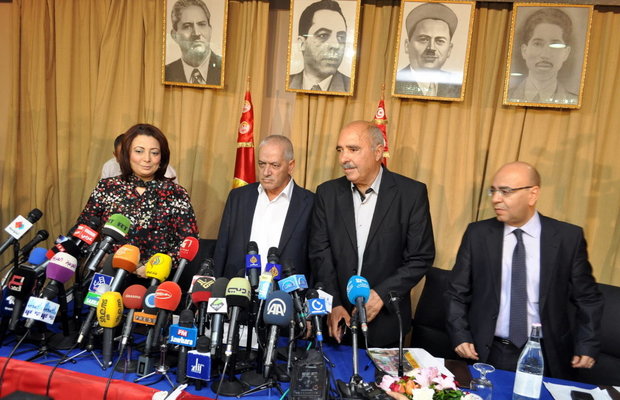 The ceremony for the Nobel Peace Prize took place today, on Dec. 10, and the date is no coincidence. The Tunisian National Dialogue Quartet was the one to receive the award for actively participating in the building of democracy in the country after the 2011 revolution.

In a solemn ceremony in Oslo, the Norwegian capital, the 2015 award was collected by members of four organizations, each of whom represented one of the following: human rights, unions, industry, and trade.

The Norwegian Nobel Committee commended the group for “its decisive contribution to the building of a pluralistic democracy” after Norway’s authoritarian president was overthrown in a revolution.

Later the same day, the Nobel awards in chemistry, medicine, physics, literature and the Nobel Memorial Prize in economic sciences will be presented in Stockholm. It was no surprise that the Tunisian National Dialogue Quartet was the winner of the 2015 Nobel Peace Prize, as it was announced some months ago.

However, the group’s members have been laureates in name only ever since, because this Thursday’s ceremony has actually awarded the honorees with the Nobel medal and gave the winners a chance to give their Nobel lecture.

Even though the Tunisian National Dialogue Quartet was pronounced as winner in October, the ceremony had to be held on Dec. 10. The reason lies behind the first ceremony for the Nobel prizes, which were awarded in 1901, five years to the day after Nobel died. Ever since, the Nobel Committee decided this to be an “established tradition.”

Surprisingly, the date of the ceremony for the prizes was one of the few details that Nobel didn’t leave instructions for, as explained by a recent article in the TIME:

“The recipient [of the prize], which Nobel instructed should be the person who has performed the “best work for fraternity between nations, for the abolition or reduction of standing armies and for the holding and promotion of peace congresses,” is determined by a five-member committee appointed by Norway’s Parliament.”

If you’re wondering who gets to nominate personalities for the prizes, TIME wrote that “past winners and prominent institutions” propose an undisclosed number of nominees. The one gaining the majority vote is the winner.

Even though the current president was elected following a peaceful vote, the country is still facing border problems, especially coming from Islamists in Libya. Two major terror attacks have shook Tunisia this year alone, amounting to a death toll of 60 people.
Image Source: Cleveland