You are here: Home / Health / High Rates of Depression Among Young Training Physicians 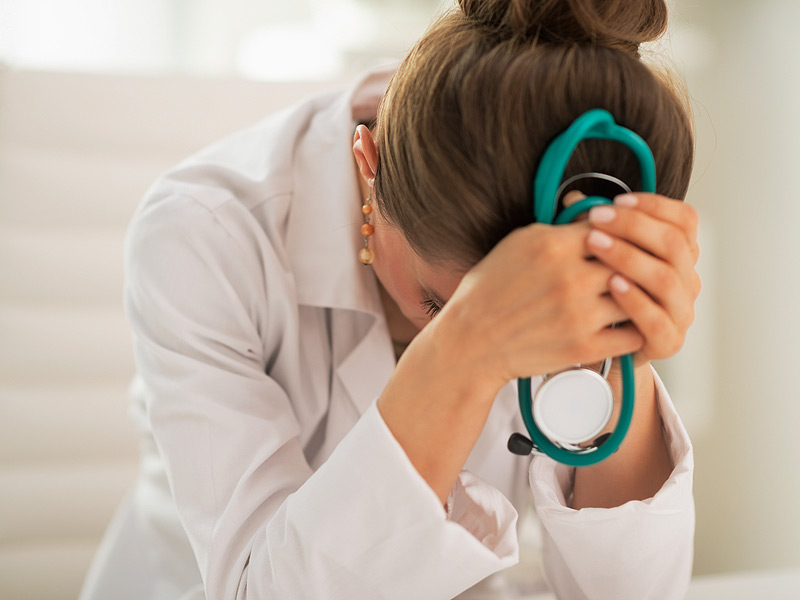 A new review has found worrying statistics about the rates of depression among young training physicians. According to a comprehensive review published in the Journal of the American Medical Association (JAMA), roughly 30 percent of them have depression or exhibit symptoms.

Residents – the freshly minted MDs, those entering the notoriously intense intern year followed by many years in graduate medical education – often have a hard time dealing with the pressure, more often than the general population.

There isn’t just one cause for this unfortunate situation, as the reasons are complex. The incredibly long hours, the constant sleep deprivation, the pressure of medical care, and the difficult training on the job represent only one side of the story.

On the other hand, there’s the often situation where attending physicians transform into bullies, and the fact that mental illness is still under a cloud of stigmatization. According to previous medical literature, untreated mental health problems among young doctors are linked to worse patient care and more medical errors.

Study author Dr. Douglas Mata, a resident physician in pathology at Brigham & Women’s Hospital and clinical fellow at Harvard Medical School, has led a team to analyze all the studies ever published on the subject of residents and depression. There were 54 studies written between 1963 and 2015, covering more than 17,000 residents.

Most of the studies relied on self-evaluation and the criteria varied widely; the estimates of depression prevalence had also seen different results, from 20 percent to 43 percent. However, Mata’s analysis indicates that 29 percent of residents suffer from depression, a number that’s bound to increase over time.

As Mata describes the situation, the current medical environment makes it almost impossible for the young training physicians to not develop depressive symptoms. “It’s almost a universal experience,” says Mata, as he also struggled with depression during his medical internship.

The biggest shock comes from the fact that being an intern is a whole different world from medical school. “You never leave the hospital. You’re the guy who never makes it to the wedding—you can’t even make it to the grocery store,” explained the author.

One of the issues comes from the fact that young doctors must cope with training in a much more complex world than that of older doctors—a medical system that requires dealing with a more intense pace and complicated ethical dilemmas. However, residency training hasn’t changed much.

In light of the new numbers, what’s needed is a healthier environment for medical training, one that would equip residents with a program that helps them process the traumatic events they witness.
Image Source: Adventures In Medicine