You are here: Home / Technology / Google May Have a New AI Project in the Works 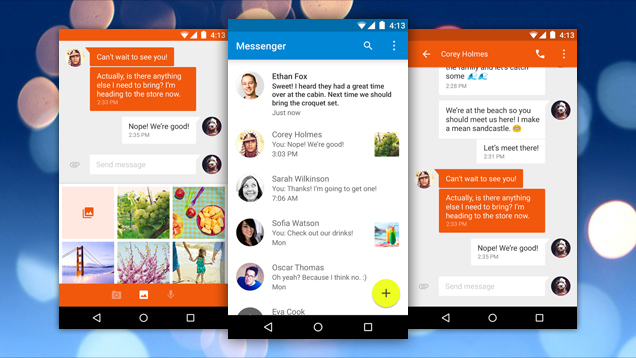 We already knew that artificial intelligence is all the rage, with tech titans continuously outpacing each other in creating new services and features that rely on AI. It’s the search company’s time to shine, as rumors say Google may have a new AI project in the works.

According to the first reporter of the plans (Wall Street Journal), the company is developing a new messaging app that has an incorporated AI which can provide answers to queries users would otherwise search on Google.

There are obviously very few details about how exactly messaging service would work, but the WSJ report also mentioned that chatbots might have an important role to play. It appears that the ultimate goals is to enable users to engage with chatbots as an alternative option for accessing search results and other data.

In addition to keeping in touch with friends, users of the rumored messaging service would contact chatbots in order to find answers to questions without having to leave the app to go on Google’s search engine.

The few details we have give us a few hints about how chatbots are involved, and according to the report, Google will “steer users to specific chatbots, much as its search engine directs users to relevant websites.”  There’s also a chance that third-party developers would be able to create their own bots for the open service.

The launch date for such a messaging app is still unclear – as the development of the service itself has yet to confirmed – but reports have Google working on it for “at least a year.”

In addition, The Wall Street Journal’s sources say the company even tried to bolster the effort by acquiring 200 Labs, a startup that designs chatbots; the startup had reportedly declined the offer.

Google may even be a bit late to the party, seeing that so many other tech companies already have a head-start in AI. Facebook, for example, has already confirmed and moved its A.I.-based assistant, called M, to the experimental phase. Part of Facebook’s Messenger app, M is a mixed combination of software and human “supervisors.”

With messaging apps dominating many aspects of daily life, it’s no surprise tech companies are trying to come up with better and bigger services that allow people to keep in contact.

Social services might not be Google’s forte, but – fingers crossed – the new messaging platform could both keep existing users engaged and reach new ones as it becomes more ubiquitous.
Image Source: Gawker