You are here: Home / Technology / Google Plans to Design and Build Autonomous Cars with Ford 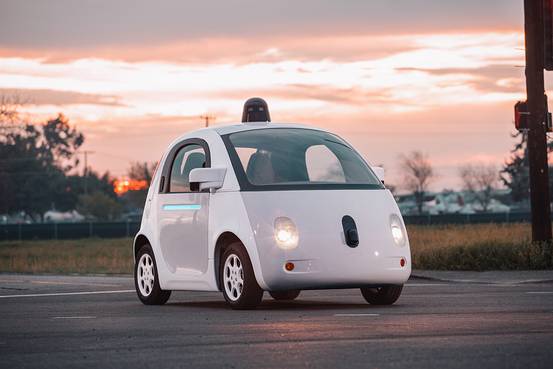 Google hasn’t been very secretive about its plans to design and build autonomous cars, but there’s a new rumor that Ford could be involved in any future projects.

The potential pairing would join the strengths of the two companies so we can have the self-driving vehicles sooner.

But according to Yahoo Autos – citing three sources – this is more than just a speculation of the rumor mill; Mark Fields, CEO of Ford, is expected to reveal the exciting news in January at the 2016 International Consumer Electronics Show.

Even though Ford officials declined to confirm the partnership, all the signs are there, especially since the automaker has been clearly ramping up its testing of self-driving cars. Moreover, Ford has also announced that more news will be revealed at the CES next month.

Spokesman Alan Hall said that the company’s Ford Smart Mobility plan has been discussed with many companies on a variety of subjects. Given the obvious competitive reasons, the discussions have been kept private before any deal is officially signed.

Meanwhile, each of the two companies has already laid the groundwork. Last year, Google’s self-driving car department was joined by Roush to design and develop an autonomous pod.

Roush is responsible with building a test fleet of pods in Livonia, which are then shipped to California where testing the product isn’t impeded by snow.

According to a January statement gave by Chris Urmson, chief of Self-Driving Cars for Google, the goal is to have driverless cars on the road and available for the general public within five years. With the swarms of technicians and engineers working on the project in both Detroit and California, the target sounds realistic.

Next up was Google’s move to hire former Ford and Hyundai executive John Krafcik as CEO of Google’s Self-Driving Car Project. Another connection between the two parties comes in the form of the former Ford CEO Alan Mulally being on Google’s board of directors.

Google announced earlier in 2015 the company had already met with Ford – and other automakers, such as Toyota, General Motors, Daimler, and Volkswagen – because Google is interested in pairing with conventional automakers for “their expertise in engineering and building cars.”

At the same time, Ford is the first automanufacturer to test its autonomous Fusion at Mcity, which is a facility created on the campus of the University of Michigan for car tests. The simulated city is part of the university’s Mobility Transformation Center.
Image Source: WSJ