You are here: Home / Health / Emotional Contagion Is Present In Dogs As Well 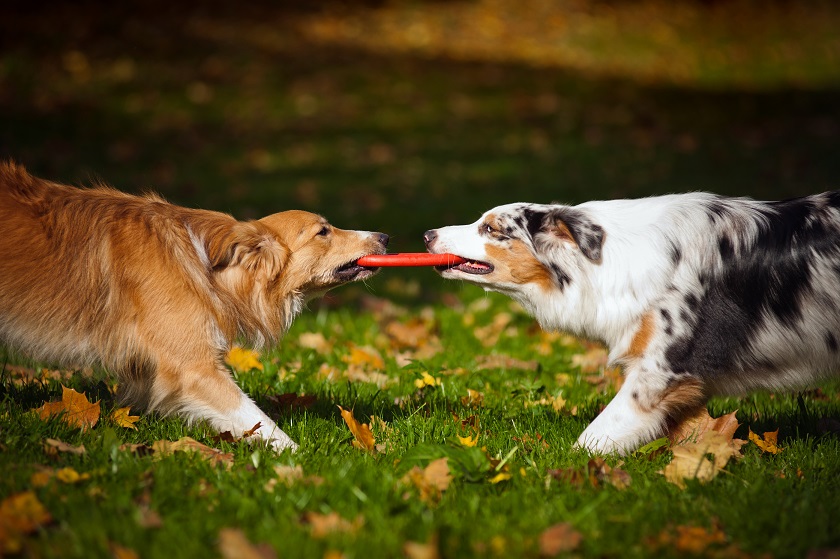 It appears that emotional contagion is present in dogs as well as humans, which shows that canines have a similar way of bonding. They are considered “man’s best friend”, and researchers in Rome found that there are more similarities between us than we believed.

In fact, dogs have shown to have a basic level of empathy, which is mimicry. It’s a tool that humans and non-human primates use for the purpose of bonding. It’s an involuntary action, an automatic response of mimicking each other’s expression. In a split second, a reaction like a smile after receiving a smile between humans encourages bonding. Dogs do something similar.

While they cannot laugh or smile, domesticated dogs showed that they quickly copy each other’s action during play time. It helps in telling of their intention as well as encouraging bonding. They are able to instantly pick up on the emotion of other dogs, and respond accordingly. This is achieved through facial expression and body movement.

Humans and non-human primates observe by mimicking an expression. Dogs do it through playful behavior, such as “play bows”, which means crouching on their front legs with the hind legs up, and standing with their mouths relaxed and open. These are just a few of the telltale signs of playful behavior that they mimic as a form of bonding.

In fact, the team of researchers analyzed 50 hours of footage of dogs interacting with each other in the park, and found that “rapid mimicry” is an automatic response. It’s not a sign of training, and it’s quicker among dogs who actually know each other. That means that man’s best friend is able to understand the emotions of other dogs and mimic them for the purpose of bonding. Their playful behavior is actually helping them form relationships.

Among those observed, around 77% of the dogs showed “high level of rapid mimicry” and the capability of strengthening their bond with other dogs.

According to Dr. John Bradshaw, dogs are “exquisite readers of body language”. They successfully demonstrated that mimicry is a rapid, split-second, and automatic response, just like it is for us. These are first level type of empathy that has not been proven before in domesticated canines. In fact, it was never proven in anyone outside of humans and non-human primates.

Their abilities also seem to be present around humans. Researchers found that the same way a yawn can trigger another person to yawn, the same response can be found in dogs. It’s an exquisite discovery on just how much dogs adapted since domestication.