You are here: Home / Health / Using a Car Seat Correctly Is Much More Difficult Than It Should Be, Study 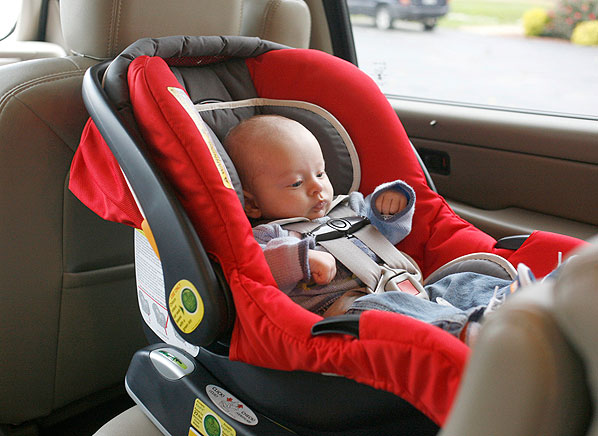 Gone are the days when car seats seemed optional and parents were less worried about the safety of their children. Every new family in 2015 is making it their priority to pick out the right car seat, but it appears that a lot of American parents are doing it wrong.

Traffic-related accidents are the leading cause of death among children in the United States, and according to a recent study, a lot of parents make grave mistakes when it comes to strapping the newborn in the car seat.

Researchers from the Oregon Health & Science University found that using a car seat correctly is much more difficult than it should be. Lead researcher Dr. Benjamin D. Hoffman recommended that vehicle and car seat manufacturers come together and develop a product easier to use and understand.

For the study, which spanned from November 2013 and May 2014, Hoffman and his colleagues talked to 291 families that left the hospital with a healthy newborn. The parents were asked to install the car seat – if they hadn’t already done so – and position their newborn in it.

Afterwards, certified car safety technicians evaluated the results. The parents’ positioning and installation of car seats was rated, while the technicians made notes and corrections for all cases of misuse.

It turned out that 95 percent of parents made at least one mistake in car seat installation, while 91 percent of the mistakes were rates as “serious errors.” Among the most common errors included low chest clip, loose harness, and incorrect recline angle.

Improper car seat use among parents is influenced by multiple factors, including lower economic status and educational attainment, as well as English not being their primary language – which made things difficult when it came to reading instructions.

The study added that during 2013, approximately 8,500 infants required hospitalization and visits to the emergency department following car accidents; 135 infants died in car crashes. If used properly, car seats are estimated to reduce risk for infant death and injury by 71 percent.

Even though parents are the ones who have to learn the proper usage of a car seat, researchers noted that some of the blame also falls on car seat manufacturers for not providing user-friendly products.