You are here: Home / Tech & Science / Do Chimpanzees Actually Have An Accent? 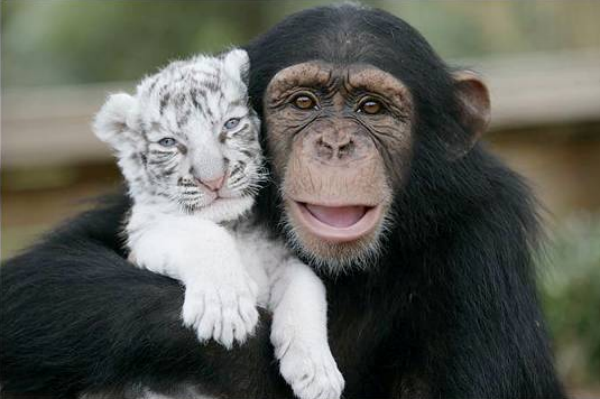 A new extremely interesting and revolutionary study has been conducted, that is trying to answer the question do chimpanzees actually have an accent?

This fascinating study saw the light of day back in February and, apparently, yes, it is true, chimpanzees do have accents. It’s proven by the fact that they have the amazing ability to learn to speak or sound like their peers when they are moved to a new community.

What the scientists actually observed in the primates was the following mind-boggling fact. They had a group of Dutch chimpanzees who, at some point, were moved in with some Edinburgh ones. The Dutch fellows used to call for apples using a sharp, energized snort. But, after three years of co-habiting with their Edinburgh comrades, they started using the latters’ sound for apples, which is a low-pitched sound, as they heard them use.

The authors of this study point out that it is not a new word the chimps are using now for apples. It’s the same word they normally used, which has always had an emotional value attached to it, as the chimps were fond of apples, but rather with another accent.

Of course, these conclusions are debatable and already other groups of scientists have questioned them. For example, some ask if the calls were even all that different to begin with.

While others say that, perhaps, the high pitched sounds the chimps were using in the beginning were simply due to the fact that they were excited about being moved to their new home in Edinburgh, an excitement that dwindled over time. However, that doesn’t necessarily explain why the chimps would only show their excitement about being moved when they were given apples. The two, apples and the move are not connected. Therefore, the debate is still very much on.

The researchers behind the study stand by their finds, of course, and insist that the chimps have been trying to “socially fit it”. This is why they have changed their “accent”, or the sounds they make for something such as apples. Kind of like the way teenagers do when they try to fit in and use slang.

Another counter-argument made by scientists who oppose these findings is the fact that they Edinburgh chimps never changed their behavior at all and, they say, that doesn’t make sense at all in the social game.

However it may be, discovering that chimpanzees are actually capable of such developed behavior wound be a wonderful thing.