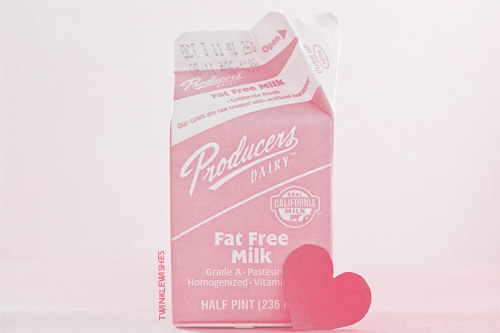 Thinking that low fat milk is better for you than whole milk has been part of the U.S. healthy diet culture for quite some time now, which is why some confusion is about to ensue in the light of a new shift in this belief.

According to the upcoming update of the American dietary guidelines that will be released this winter, changing healthy recommendations from skim to whole milk is expected. The reason why comes in the form of recent studies that found that whole milk – and its saturated fats – aren’t as bad as we once thought and could even be healthier in the long run.

The world of health studies is indeed constantly evolving and it can be confusing to read contradicting researches on various matters; one day whole milk is the worst choice you could make, and the next it’s praised for its qualities.

However, according to Assistant Prof. Marcia Otto of the University of Texas, consuming less full fat dairy can lead to a greater risk of contracting chronic illnesses. Otto explained that over the past decade, the health community has come to realize that certain fat foods seem to have important benefits.

A recent study debunked the theory that whole milk drinkers are more prone to develop cardiac disease as compared to skim milk drinkers. At the same time, the research could not find evidence to prove that that low fat milk is good for losing weight while whole milk helps those wanting to gain some.

Study author Dr. Mario Kratz, a nutrition scientist at the Fred Hutchinson Cancer Research Center, Seattle, explains that the evidence lacks to explain the idea that low-fat is healthier for reducing obesity.

On the other hand, there isn’t much evidence to back up whole milk as healthier than its less fat counterpart. Research still proves that the heart benefits more from unsaturated fats rather than from the saturated fats found in whole milk.

It was also noted that switching from whole milk to low fat alternatives usually means supplementing the caloric needs by consuming more carbohydrates and sugars. So, bottom line is that this substitution most likely cancels the benefits that come with shifting to low fat milk.

Consumers trying to better protect their heart by opting for skim milk should also consider choosing foods that contain unsaturated fat. Researchers are starting to look at fat with new glasses, which includes the substitutes for fat calorie sources, because the body still need to get them from somewhere.
Image Source: Tumblr