You are here: Home / Health / Firstborns Are At Higher Risk of Developing Nearsightedness 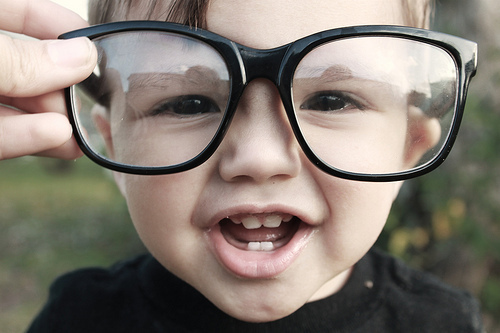 Stereotypes seem to have the oldest child all figured out; they’re probably more inclined to be bossy, meticulous and organized, and perhaps overachievers. But science also chimes by saying firstborns are at higher risk of developing nearsightedness than their siblings.

Working with data provided by the British Biobank longitudinal survey, the study published in JAMA Ophthalmology has formed this conclusion based on information collected from roughly 90,000 adults aged 40 to 69.

Several factors were combined for the analysis, such as behavioral data – like the amount of time the participants spent outdoors –, demographic information, ophthalmologic past, and educational history. According to lead author Jeremy Guggenheim, professor of optometry and vision sciences at Cardiff University’s Eye Clinic, firstborns were 10 percent more likely to develop nearsightedness.

At the same time, signs of severe nearsightedness have 20 percent more chances to develop; these figures stayed true even after Guggenheim’s team took into consideration other factors. On the other hand, younger siblings tend to be less myopic on average, and even when they are, their nearsightedness was nowhere near as developed as with oldest children.

For some reason, fast-developing countries like China and India are dealing with skyrocketing rates of childhood nearsightedness which has become a growing concern in the last couple of generations.

Authors reached the conclusion that myopia – the scientific term for nearsightedness – is tightly connected to the child’s level of education. As established by prior research, parents around the world are more likely to be invested in the education of their first born, which usually leads to more years of being in school.

It’s rather simple: when the first baby comes, a couple feels the parenting instinct kick in, which translates into a desire to provide the best for them. In turn, this leads to an elevated investment in the firstborn’s education, which means the child will spend more time in a school setting.

Books, chalkboards, iPads and computers tend to put a heavy strain on the eyes, which is also an explanation as to why prodigies usually wear glasses. Add this to some potential genetic factors and nearsightedness is bound to start developing.

The more years one spends in full-time education, the less time that person will be outdoors. According to a recent study, nearsightedness rates fell among Chinese schoolchildren when they spent just 40 minutes more outdoors each day.

Guggenheim explained that the quirky correlation between myopia and birth order was really the reason why the research happened at all. He added that scientists are always suspicious of seemingly random links such as this one, but when you keep seeing it, then something must cause it.
Image Source: Tumblr