You are here: Home / Health / Babies Have the Mental Capacity to Enjoy Good Music 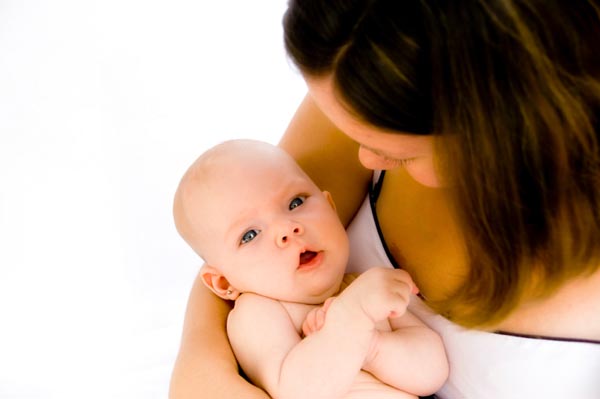 We, humans, love listening to music, a fact which we often confirm by nodding our heads rhythmically and by pretending to drum or play the guitar when we hear a song we like.

But even though babies might not display similar actions when they hear music, it doesn’t mean they’re not enraptured by it.It might just be that they lack the physical ability to do so. At least that’s what researchers have set out to prove; a team led by Prof. Isabelle Peretz wanted to see whether babies have the mental capacity to enjoy good music.

Even though there is previous research that focused on the way babies react to spoken word and singing, her team wanted to investigate how different sounds alter their emotional self-control. For the study, 30 healthy babies where enrolled, all within 6 and 9 months of age.

Two experiments were conducted, the first of which included some audio sessions with baby-talks and speeches spoken in Turkish directed at an adult audience. The change in language was required in order to rule out the possible effect of the babies being sensitive to the mother’s language and voice.

In the same experiment, the babies were also played some records; the speeches were played in the background until the infants displayed a “cry face” – described as lowered brows, lip corners pulled down, and open mouths.

For the second experiment, another group of infants was put through audio sessions, except the fact that babies listened to recordings of French songs sung by their mothers, considering that French is language they are more familiar with.

During the first test, the babies were calm for an average of 9 minutes of Turkish music. When it came to the recording of the Turkish speech, the infants could only be kept calm for roughly four minutes, baby-talk or not. The effects were reproduced rather similarly during the second experiment.

Leading author Marieve Corbeil explained the results point to the intrinsic importance of music. Nursery rhymes are in favored in particular, as they appeal to the babies’ desire for repetition and simplicity.

Even though infant distress signals are usually signs the baby needs parental comforting, they can also induce frustration and anger in some parents. In these cases, the opposite happens when insensitive responding occurs and, in at-risk cases, neglect or abuse.

These parents, added Prof. Peretz, should be recommended by social service agencies to either play vocal music to infants or, even better, to sing them nursery rhymes.
Image Source: She Knows