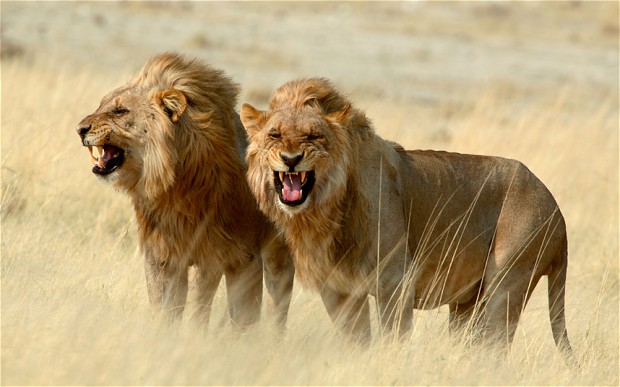 A research team led by the ecology department of the University of Guelph attempted to understand the decrease of lion prides in the African savanna in spite of the plentiful of prey available.

It turns out that the team, which included researchers from the University of British Columbia, the McGill University, and the Perimeter Institute for Theoretical Physics in Waterloo, Ont., discovered a previously unknown pattern that connects prey and predator species in ecosystems around the world.

Published in the journal Science, the study was co-authored by integrative biology professors Kevin McCann and John Fryxell. They found that it’s not just lions and gazelles that are part of this particular pattern, but also other organisms that the team studied, such as plankton-eating crustaceans or bigger fish swimming in the ocean.

McCann explained that a simple mathematical formula called the ‘power scaling law’ can be applied in almost all ecosystems where a predator and prey relationship is involved. The power law goes to show that top predators are always fewer than expected in prey-rich ecosystems than in prey-poor ecosystems.

More than just using their own research done on biomass found in forests, grasslands, oceans and lakes, the researchers also looked at data provided by over 1,000 previous studies that covered more than 1,500 locations across the globe.

To everyone’s surprise, the amazing pattern was found over and over again, in all ecosystems analyzed; the same predator-prey ratios kept astonishing researchers, said McCann. Fryxell added that they expected to see an increase in the biomass of predators in the ecosystems rich in prey species.

However, that was not the case; what happened each time was that productive grassland always resulted in a dramatic fall in the ratio of predators to prey. It made no sense – and it still doesn’t – that the most productive systems would report the greatest decreases in predator success.

Biologists are still working to find an answer to this wildlife enigma: why are lions leaving so much food on the savanna’s table when the ecosystem is simply teeming with prey? One of the possible theories provided by Fryxell says that prey species tend to reproduce at a slower rate when the ecosystem is abundant in species.
Image Source: Telegraph.co.uk