You are here: Home / Health / Smoking May Lead to Diabetes Complications 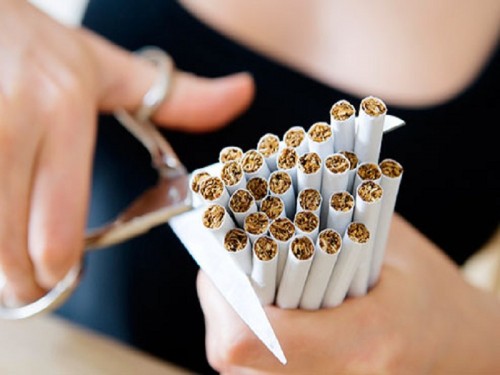 Smoking is responsible for many deaths among diabetics.

Based on the findings of a new study published in the journal Circulation, smoking may lead to diabetes complications. Smokers, who suffer from type 2 diabetes run many more risks of strokes, heart failures and poor blood flow than patients who quit smoking, researchers have stated.

An Pan, the lead author of the investigation, told the press that she started the current scientific quest in an attempt to determine the effects that smoking could have on diabetes patients. She confessed that her interest in this topic stemmed from the fact that smoking is still a common practice among patients, in spite of its negative effects.

Her study consisted in the minute analysis of data coming from 89 previous studies on smoking adults, who also suffered from type 2 diabetes. The survey indicated that there were 1.5 times more risks for these patients to experience stroke, clogged arteries, heart failure and other hearth diseases.

Figures have further revealed that there were twice more risks for smokers to suffer from peripheral artery illnesses because the blood flow is weakened.

Risks were somewhat smaller for type 2 diabetes patients, who gave up smoking. They run 1.2 times the risk of developing clogged arteries and 1.1 times the danger of suffering from heart diseases. While slightly smaller, the risks were still high compared to the ones of non-smokers.

By comparing figures from past surveys, researchers have noticed that death risks increase in the case of smokers. Researchers have estimated for the study period that 14.6 percent more deaths occurred in diabetic men and 3.3 percent in diabetic women compared to statistics of non-smokers.

According to Pan, some diabetic patients may be afraid to quit because they fear they will not be able to lose weight anymore. However, she strongly advises patients to seek the long-term effects of non-smoking instead of short-term accomplishments.

Dr. Wael Al-Delaimy, a reputed professor at the University of California, San Diego, has a different perspective on the matter. He believes type 2 diabetes patients who smoke should receive special care for cardiovascular risks. In his opinion, the new study can help medical experts choose better treatments for their patients.