You are here: Home / Tech & Science / Divers Look for the “Titanic of the Ancient World” 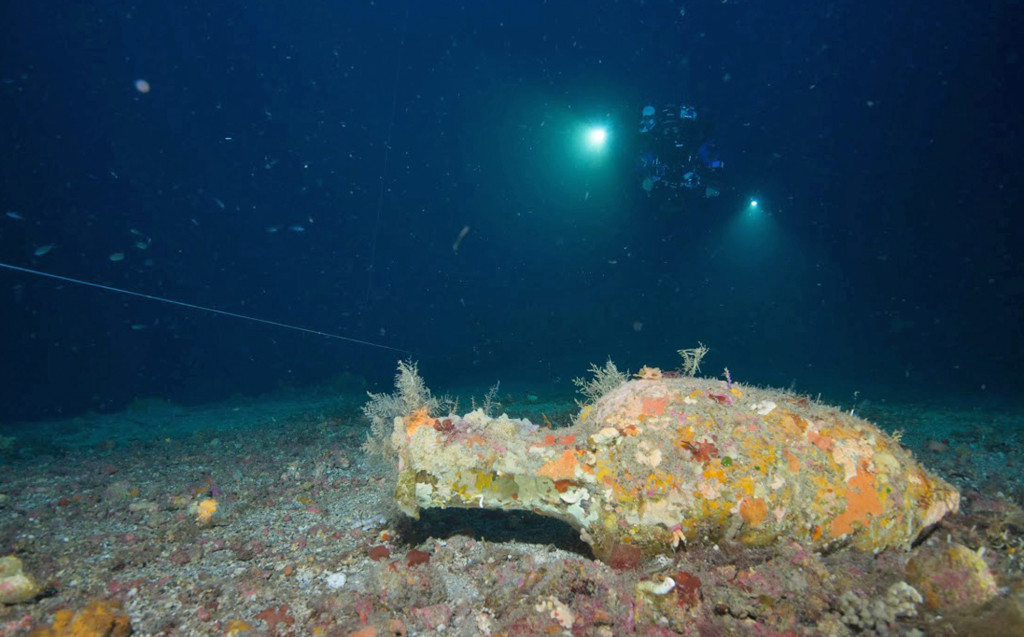 The artifacts will be exhibited in Switzerland starting this September.

In an attempt to retrieve incredibly rare treasure, divers look for the “Titanic of the Ancient World” – a treasure that was left behind by the Antikythera shipwreck. The underwater incident most likely occurred thousands of years ago, but researchers think there are still many things left for them to discover.

The quest for the ancient Greek treasure began in 2014, when divers got in possession of some of the respective artifacts. They have discovered that the shipwreck took place around 65 B.C. Certain artifacts were already collected in 1900 when several fishermen discovered them in the vicinity of the shipwreck.

The first objects that were excavated in 1900 consisted of rare sculptures, statues and gold coins. Yet, researchers came across one of the earliest inventions, the “Antikythera Mechanism” which they have labeled as the first computerized machine in the world.

The clockwork mechanism is made out of many bronze elements. Based on the tests they have conducted, scientists have reached the conclusion that the computer was mainly used to predict astrological events. Ancient Greek populations used similar mechanisms to plan their agricultural events.

In spite of the large volume of artifacts that have been collected, marine archeologists think they can make many more discoveries. They are particularly interested in the information they can gather on Caesar and the populations that lived in his era.

The efforts they are making could be labeled as ‘unprecedented’. It was for the first time when archeologists dived 180 feet and spent more than 40 hours on the bottom of the ocean in search for artifacts.

3D technology and remotely operated vehicles have been used for the current expedition. During the 10-day underwater mission, archeologists have discovered that the treasure could be a lot bigger than they thought it would be. They think future dives must be made to collect all the objects in the water.

So far, divers collected throne parts, fine glass objects, ceramics and a bone flute. Most objects are made out of gold, but precious metals are not unusual, either. The 50 artifacts that have been collected will be displayed at a Switzerland Exhibition in the period between September and March next year.