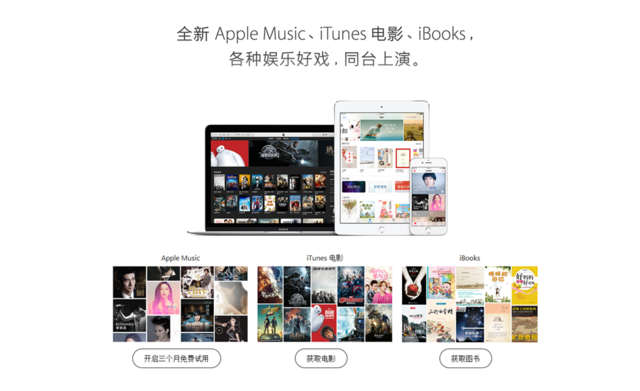 Apple is tackling the Chinese market with music and movie streaming services.

Based on a recent announcement, Apple’s Music Service arrived in China on Wednesday. The move is meant to offer Chinese customers an alternative for the regional music platforms, as well as allow Apple to expand its array of services beyond the U.S. market.

Apple has long admitted China to be the second most developed market after the United States. Yet, the smartphone producer seemed to pay very little attention to the demands of these customers, especially in regard to their music and movie streaming preferences.

It was only on Wednesday that the iPhone maker decided to make their iTunes, Movies and iBook services available for Chinese users, as well. The resolution was announced through an official message that was posted on Wednesday, on the company’s official website.

According to their declaration, Chinese users will have access to music files of regional artists, such as, Eason Chan and Li Ronghao, but also international stars like Taylor Swift and Ed Sheeran.

Music files will not be the only ones that customers will have access to. Apple also offers users the possibility to read some of the latest novels including the ‘Twilight’ saga, the official message wrote.

As for blockbuster movies, Apple has decided to give users the possibility to select the films they want to see using their online streaming app. Both regional and international productions will be available for them the moment they agree to pay 5 yuan for each movie.

The new announcement is related primarily to customers, whose Apple ID is located outside the United States. Users with U.S. Apple IDs could already download music and film from the company’s online store; it is the non-U.S. customers that the Apple plans to reward with the introduction of the Chinese streaming service.

The first three months will be free, the company has further stated. At the end of this initial trial period, customers will have to pay 10 yuan ($1.57) a month for the same services. Although the fees might displease some Chinese customers, they should, nevertheless, take into consideration the fact that these charges are far smaller than the $10-$14 fees that are normally requested in the United States.

Executives think many Chinese users will pay for Apple’s streaming services, even though the nation is going through a rough economic period. The iPhone maker will now focus on increasing the number of retail stores until next year to offer specialized services to Chinese users, the company has concluded.