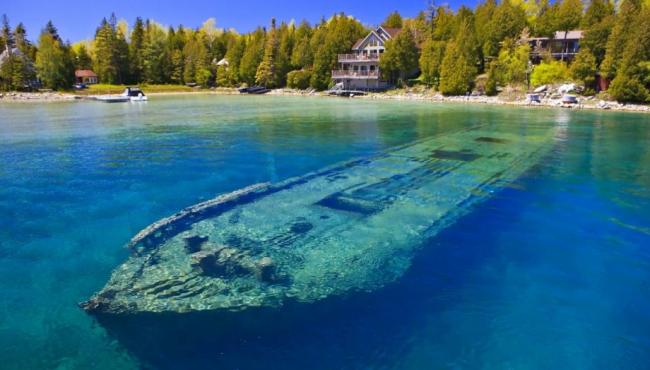 Scientists are using 3D imaging to recreate Lake Huron’s astounding shipwrecks. The highly accurate images give scientists the possibility to better understand the evolution of shipwrecks and the influence that the surrounding environment has on them.

The collection of images has been gathered by the National Oceanic and Atmospheric Administration in an attempt to draw visitors’ attention on them. The institution is responsible for the 4,300 square-mile surface in the waters of Michigan, which contain numerous historical traces.

The deep-water images that have been captured were inserted in a special computer program, which has, in turn, processed the images to make them tridimensional. This impressive database has been collected during the past years because scientists planned to adopt a 3D software to make them more accurate.

This achievement was only possible this year when the marine institution has finally received the necessary funding to buy the program. Most images have been taken at a 130 feet depth, researchers have explained.

Joe Hoyt, one of the divers who have helped with the collection of photos has stated that this is one of biggest projects that the administration has recently accomplished. The program preserves both normal imaging technology and 3D imaging tools for a comprehensive perspective.

The diver has further added that the new software offers a perfect scaling of the pictures. Thanks to the accurate illustrations, researchers can better monitor shipwrecks. They can even spot minute changes in their condition and intervene to protect the ships from getting damaged.

In case you are not familiar with the historic treasures that the coastline preserves, divers have reassured us that visitors will be delighted to get a close look at the ships that are hidden in the Michigan waters.

During the recent expedition they have taken part in, marine biologists have spotted an 1854 ship called Defiance. The boat is believed to have sank after colliding with the John J. Audubon ship in the respective year. It is now located 200 feet below the water near the Presque Isle coast of Michigan.