You are here: Home / Tech & Science / Underwater Ancient Monolith Found Off The Coast of Sicily 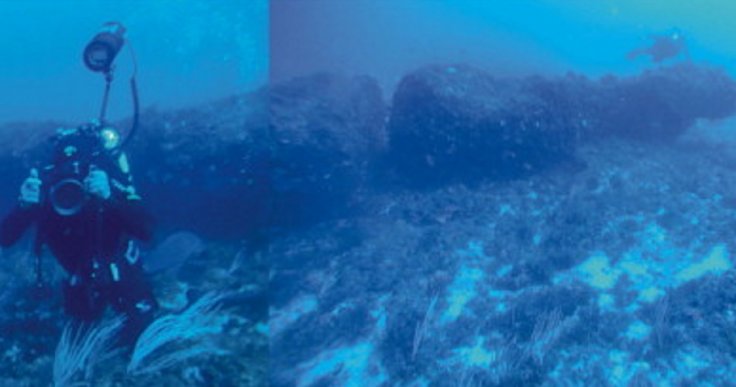 There are still more mysteries to uncover below the surface, proven by recent discoveries and, now, an underwater ancient monolith found off the coast of Sicily backs up the claim. A good percentage of our oceans and seas remain unexplored across the planet, dominated by waters that hide history of ancient civilizations and undiscovered creatures.

Divers have recently uncovered a Stonehenge-like old monolith 131 feet below the waters of the Mediterranean and believed it to be as far as 10,000 years old. It has amazed archeologists with its display of engineering marvel that was not thought possible in a time when not even grand cultures such as ancient Rome or ancient Greece thrived.

Standing at a length of 3.2 feet, the new discovery of the ancient monolith is believed to weigh around 15 tons that split into two pieces from a single block of stone along the years. Its purpose or practical function is not yet known, but it’s presumed that it might’ve been “some sort of lighthouse or anchoring system”, according to Emanuele Lodolo from the National Institute of Oceanography and Experimental Geophysics.

The construction could have been part of a bigger complex or standing alone, but it’s certainly man made as there are no known processes that might form the stone structure, and it presents  itself with three holes drilled within, unknown for what practical functions. It’s a true testament of technical skills and excellent engineering, achieved by Mesolithic inhabitants that used to dwell on the Sicilian Channel.

It’s believed that the society of the architects and engineers that erected the ancient underwater monolith lived on the volcanic island of Pantelleria Vecchia Bank, situated around 24 miles away from Sicily, who was reportedly submerged by the rising water levels of the Mediterranean Sea around 9,500 years ago.

Sicily itself has been dated back to settle 17,000 years ago, once linked to the mainland by a bridge of land, which was also submerged beneath the surface. It stands to question as to what else can be uncovered about the ancient societies, whose homes are now hidden away from the modern world beneath hundreds of feet of water or even deeper.

More marvels of engineering could be found in the future that were not thought of as achievable by old civilizations. While we stand in awe of the complexity and technical skills of the ancient Egyptians, Greeks, Romans and many more, there is an entire world that has yet to be uncovered below sea level.