You are here: Home / Tech & Science / The Future of the Phytoplankton Is Not Very Bright: Ocean Acidification Causes Many Species to Die 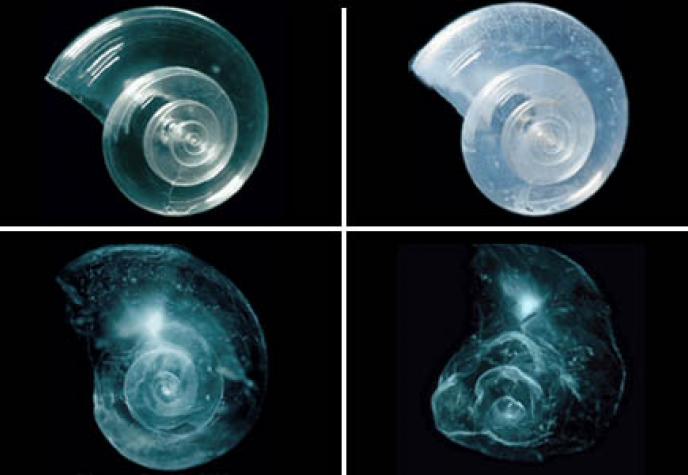 Some ocean species may evolve at a much faster rate, while other will become outnumbered and, eventually extinct, as a result of ocean acidification.

Based on a recent press release issued by the MIT’s Center for Global Change Science, the future of the phytoplankton is not very bright: ocean acidification causes many species to die, while others will flourish. Scientists have concluded, based on their recent experiments, that the ocean population will be radically changed by 2100.

Climate change has become one of the most popular subjects at present as its effects become increasingly more noticeable around ourselves. Science professors at the MIT’s Department for Global Change Science have declared that the situation is getting worse as a result of the decreasing PH levels of the ocean waters.

The recent research comprised a detailed analysis of ocean waters in the past century; Stephanie Dutkiewicz, the leader of the current study has concluded that ocean waters are now 0.1 point more acidified than they used to be during the pre-industrial times (8.2 PH level compared to the present 8.1 PH level).

By applying the same evolutionary tendency for the following decades, scientists have estimated that ocean waters will reach a 7.8 PH level by the year 2100; thus, becoming too acidified for the marine population. If that will be the case, Stephanie Dutkiewicz has further explained, many of the current species will disappear, while their place will be taken by new species.

Scientists wanted to better understand how species’ evolution will change as a result of the new climate changes. For this purpose, they have conducted various lab tests on six categories of marine species that they defined to be the most representatives for the underwater population.

After performing various tests in their laboratories, scientists wanted to make sure that the same results would be achieved, should the said species be placed within systems that reproduced their natural environments.

The second experiments have been conducted in a system with recirculated ocean water. Results have shown that ocean acidification has indeed the power to drastically change the evolution of many of the underwater species.

Based on the data collected by scientists, the MIT group of researchers has concluded that highly acidified ocean waters cause some species to evolve at a much faster rate, while others to evolve slower. The slower species will, in time, become outnumbered by larger populations of underwater exemplars until they will become completely extinct.

In addition to this observation, scientists have also noticed that many species living in ocean waters will be forced to move towards the poles to escape the warm waters. These changes, could later on, lead to many other modifications in the environment, particularly in relation to the food chain forcing humans to change their lifestyles and adopt new eating habits.