You are here: Home / Tech & Science / Study Shows How Ants Work Together 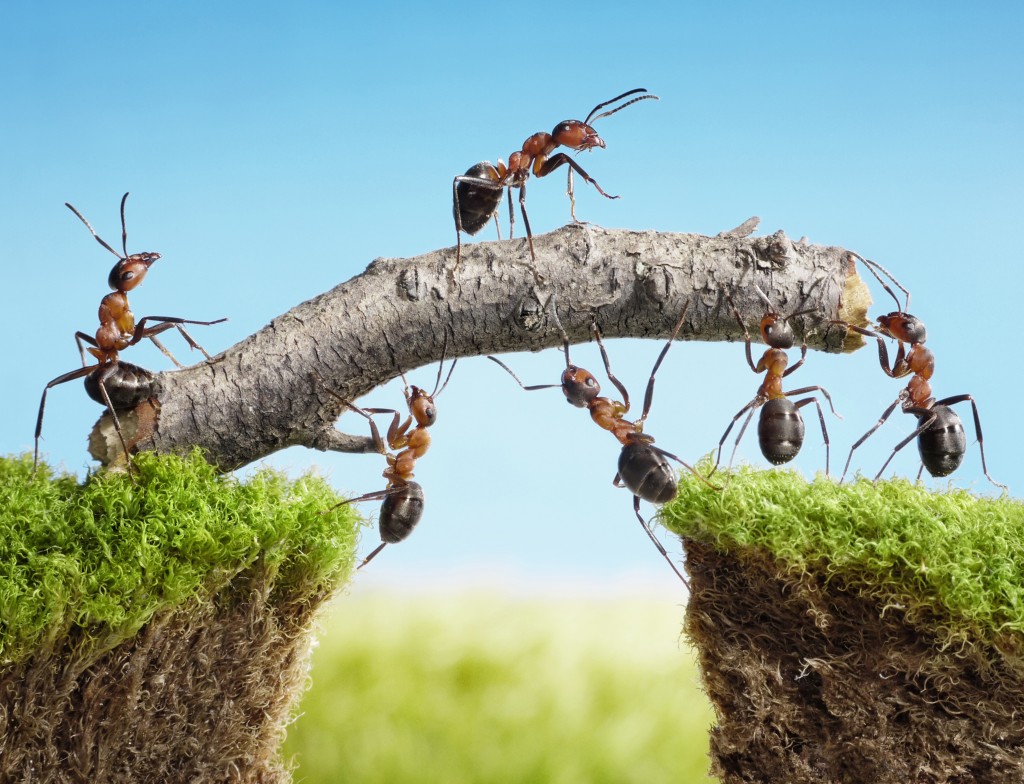 An amazing recent study shows how ants work together as a team to lift heavy loads. The study reveals how ants combine their powers with the initiative from a leader in order to lift and carry objects.

Scientists conducted tests that revealed how a single ant that joins dozens of others lifting an object together off of the ground can change how everything is done. The ants work together based on just the guidance given by the joining ant in the collective effort.

The moment the ant observed that the others in the group were somewhat deviating from the original course or the group was going towards an unsafe spot, the scout ant simply tugged the object and lead the whole team towards a different direction. What’s truly amazing is that the others did not protest the change in the angle and just simply adjusted to the new course.

Ofer Feinerman from the Weizmann Institute of Science from Israel and the lead researcher said that this action is evidence that it is not enough for a single ant to understand how to go by an obstacle, but it also needs the group’s muscle power to move the object in a secure trip. The idea of the leader can’t be put to good use unless the group of ants is there to give it a lot more strength.

More amazing than this was to see how the role of the leader was passed from one ant to another with more information about potential dangers, situation and terrain. The ant that was once the leader would pass the role on to another ant, in some cases even just 20 seconds later.

The scientist observed that the tests did not reveal the scout to have any uncommon abilities the other ants do not possess. The leader inside the ant community is not designated. One ant or another simply would take the role upon herself with updated knowledge about the correct direction. The leaders inside ant communities are always females. This kind of coordinated movement is a character that only a number of animals that live inside groups have, like fish and ants.

This quality is what assists ants in pulling in the same direction. The balance is created by the scouts who have information about the terrain, potential dangers and best possible direction. The recent study has been published in the Nature Communications journal.