You are here: Home / Technology / Facebook, Firefox Want Flash Out 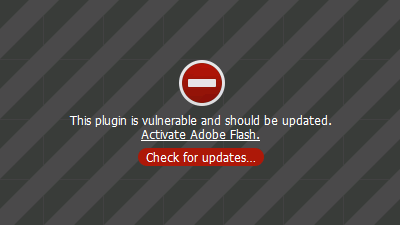 Facebook, Firefox were the first to get rid of Adobe’s Flash System, following the recent security issues of Italian company Hacking Team.

Based on recent reports, Facebook, Firefox want Flash out as the program features many insecurities and has, therefore, contributed to the installation of malware programs on users’ devices. The first to disable the plugin system was Facebook and Firefox is now walking in its footsteps.

Websites seem to have had enough of Flash’s instability and they have now decided to disable or simply to “kill” the program, as some website administrators have described the process. Mark Zuckerberg’s social network was the first to dot the i by simply saying that they will get rid of the program because it has failed them on numerous occasions.

According to Facebook’s chief security officer, Alex Stamos, the Flash plugin is very instable and this could affect users’ systems. What Adobe’s program does is to use the system’s security flaws to spread malware.

Facebook’s sudden announcement was followed by Mozilla Firefox’s Twitter post saying that they will discard Adobe’s Flash player, as well. Based on Mark Schmidt’s declaration, all Flash versions will be automatically blocked by Firefox. Schmidt did not provide additional explanations for his decision, but it is clear that the company agrees with the complaints that other online companies have put forth.

Discussions began when an online enterprise from Italy, Hacking Team, was accused of prying into people’s online data with the help of the Flash system. Cyberthieves released 400 GB of data showing Internet users how the Italian security company uses Flash’s flaws to steal online information.

Hacking Team has acknowledged the danger that Flash poses to Internet users. They have suggested customers to avoid such flawed programs as they can be used by hackers, as well, not just by governmental agencies.

Given the recent criticism that was brought against Adobe, the company has guaranteed that they will try to solve the issues in the following period. So far, Adobe did not provide an accurate explanation as to how they plan on safeguarding Hacking Team’s online data.