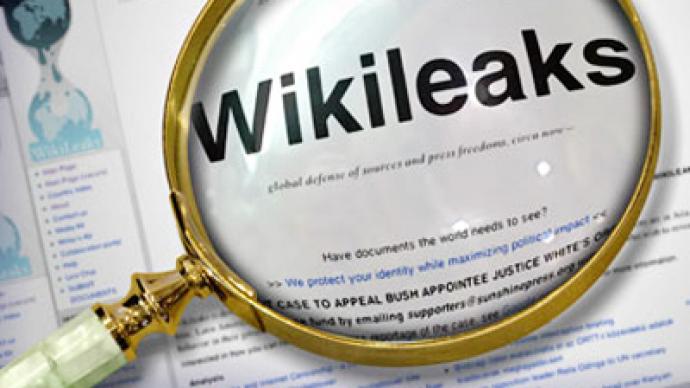 More than 500,000 Saudi documents are about to be leaked on WikiLeaks, the international non-profit journalistic website.

Following the pattern of its famous release from 2010, when US State Department cables were leaked, WikiLeaks said 60,000 files are already uploaded on the website; most of them seem to be written in Arabic.

So far, the authenticity of the documents has yet to be verified, but WikiLeaks has a pretty long record of leaking genuine government material on its website, so there is a good chance they are delivering real content this time as well.

A lot of the 60,000 documents already online carry a green header of the “Kingdom of Saudi Arabia” or “Ministry of Foreign Affairs”. On some files, there were stamps marking them “classified” or “urgent,” and at least one document seemed to be coming from the Washington-based Saudi embassy.

If proved to be genuine, this collection of files will be an unhoped opportunity of catching a glimpse inside the tightly protected and opaque kingdom.

Issues that require some light to be shed on are the regional rivalry between Riyadh and Iran, Riyadh’s motives for supporting the Syrian rebels and the Egyptian government with its military, and its stern opposition against the upcoming international agreement that will establish a nuclear program for Tehran.

A file from 2012 appears to emphasize the infamous skepticism of Saudi Arabia when it comes to the Iranian nuclear talks. “Flirting American messages” were mentioned in a message from the Tehran’s Saudi Arabian embassy to Riyadh’s Foreign Ministry.

During the same year, another missive from the Saudi embassy in Abu Dhabi, talked about the “heavy pressure” that the United Arab Emirates was putting on Egyptian authorities not to send former president Hosni Mubarak to trial, after he was overthrown in a highly-mediatized uprising in 2011.

Some of the documents are specific to internal affairs of Saudi Arabia, with some addressed to the interior and justice ministers. However, plenty of the files leaked do not contain “hot” secrets, but merely email about mundane administrative work.

The Associated Press has managed to verify a few of the documents by calling the phone numbers that seemed to appear numerous times in them. Kristinn Hrafnsson, a spokesman for WikiLeaks, said he was positive the material was authentic.

WikiLeaks’ policy does not allow them to discuss or reveal material sources, so it is not clear where these documents are coming from. It is speculated that a recent electronic attack conducted by a group called Yemen Cyber Army on the Saudi Foreign Ministry is the source.
Image Source: RT