You are here: Home / Tech & Science / Large Hadron Collider Is Active Again After A Two-Year Pause 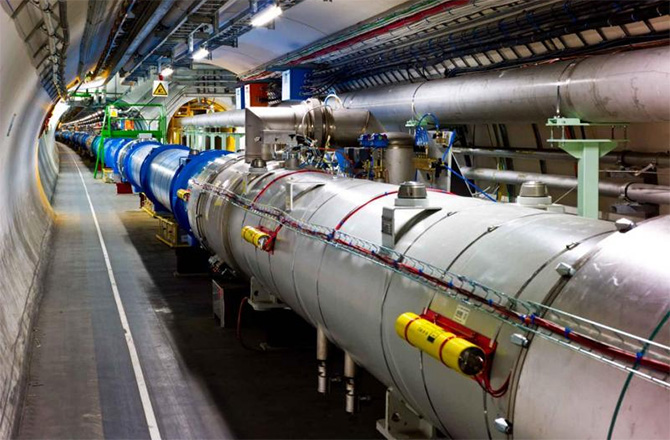 LHC is expected to double its energy production after the 2013 upgrades.

Scientists working at the Swiss-French experiment have proudly informed science lovers that the Large Hadron Collider is active again after a two-year pause. During this time interval, the machinery has undergone numerous technical upgrades as researchers plan to increase its energy production.

The recent upgrades that have been performed on the much-debated Large Hadron Collider have enabled scientists to set a new world record for energy consumption. The mechanical system has produced 13 TeV of energy after colliding its protons into one another.

The experiment was more successful than researchers have ever hoped for, but there is still room for more, according to the team. Experts believe the real capacity of the collider is still unknown as the machinery has not been operated at its full capacity. Larger masses of energy could be produced in the future when the LHC becomes fully operational.

A new era of scientific experiments is now bound to begin as researchers have started the second phase of investigations. At this stage, scientists plan to carry out repeated LHC particle collisions to produce higher levels of energy.

Researchers have great hopes in relation to the new phase of experiments. They believe the collider will enable them to better understand complex topics related to dark matter, dark energy and anti-matter.

New theories of particle physics could arise from the findings that the team is about to make or at least, this is what scientists hope for. They have repeatedly expressed their belief that the LHC will lead to a groundbreaking discovery that will revolutionize the entire scientific community and will set the grounds for centuries of researches to come.

The new studies will be carried out with the help of new scientific means. Experts believe the recent upgrades that the machinery has been endowed with can double or even triple the capacity of the large hadron collider. The power of the machinery is gradually increased as neither the science investigators, nor the lay public know what the collider is capable of. Although the team has reassured people that the system is safe, scientists prefer to keep a close eye on its activity.

The first stage of researches was carried out between 2008 and 2013. In spite of the negative first impression that the machinery has made, the LHC managed to prove that it is both useful and safe for humanity. The collider led to the identification of the famous Higgs boson, also known as “God’s particle”.
Image Source: Static