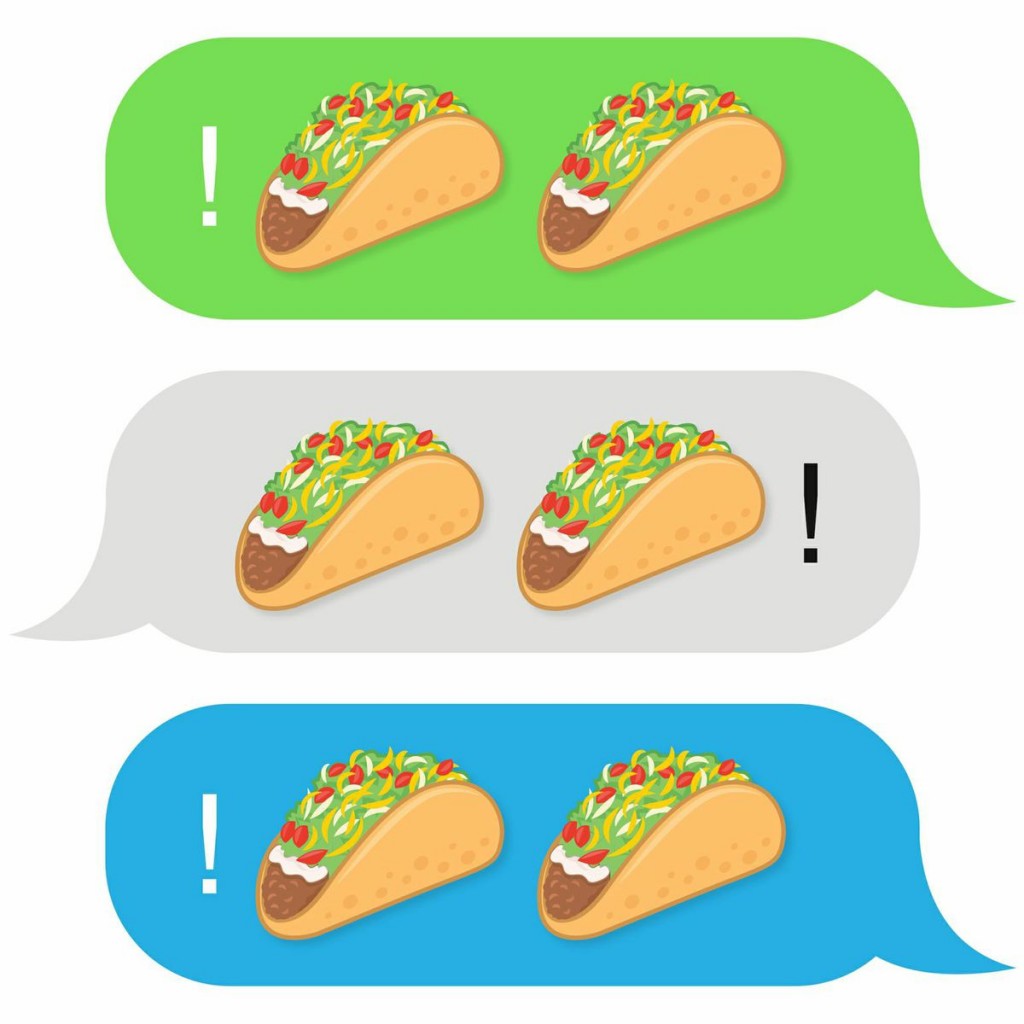 Ever since the beginning of written word, language has been evolving and molding itself after the needs of the current generation. The technological era we live in certainly had a great influence on the way we use words (and not just words) to express ourselves.

Perhaps the quickest to evolve is the language of emoji, available on basically every device there is; they are tiny symbols used to translate everyday actions and activities. What seemed to be a rather limited range at first, quickly developed in a full-blown language with added symbols each year.

Unicode 8 – the standard behind emoji – has announced today a new release, finally responding to one of the most requested images of all time and adding it on the keyboard: the taco. It’s rather unclear why people all around the world have been waiting with bated breath for this particular food item to make an appearance.

But truth be told, it’s a great format that can be used on so many occasions; there’s probably a taco place just minutes from you and you felt a taco emoji is exactly what you needed to spice up your text when inviting your friends to go eat, right?

Google reports show that user interest in a taco emoji has been on an upscale for years. But today is only the day when Unicode 8 has been gifted with the idea of a taco emoji, as the actual release inside your phone and on your emoji keyboard is not yet happening.

We might still have to wait a while longer – maybe until iOS 10 or Android 5.3 – before we will actually see and use the taco emoji, not just dream about it. (What do you mean, you don’t dream about it?)

But it’s not just the taco emoji that was added in the Unicode 8 update; the announcement also included a hot dog emoji and a burrito emoji. Besides food items, sports symbols and religious symbols will also make an appearance, totaling the new emoji to 41.

The Unicode update will also include the diverse emoji that Apple has already implemented for a few months now and make them available on other platforms as well. What else do you think Unicode should include next?
Image Source: Weight Watchers