You are here: Home / Health / What Is the White Coating on Chocolate and Whether You Should Eat It or Not 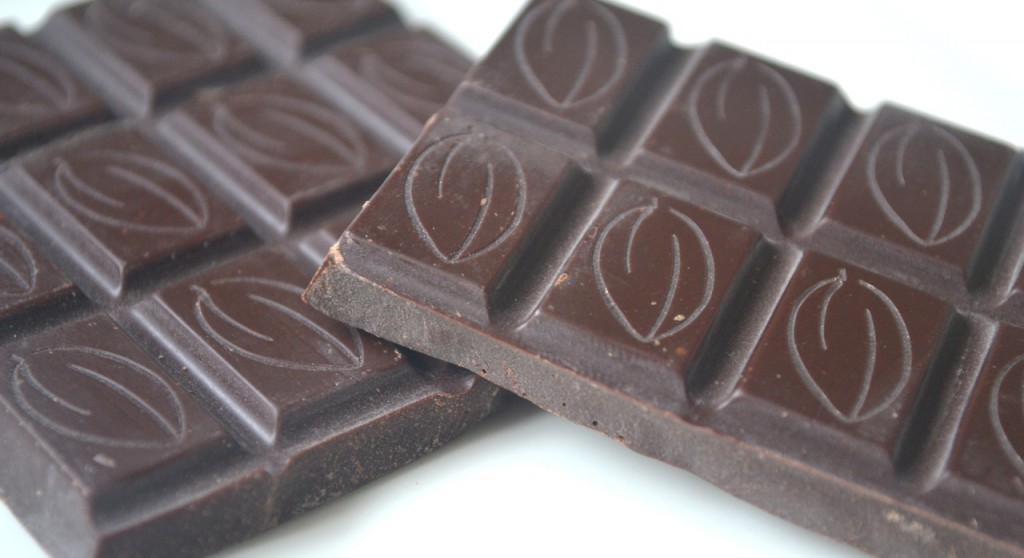 You might have forgotten about a tablet of chocolate you were saving for another time, and when you found it, a white coating that formed on its surface made you question whether you should be still eating it or not.

The powdery coating is called bloom and is, in fact, edible as it contains fats – but it changes the chocolate’s texture and appearance – and we don’t mean it looks better.

That’s why a mixed team of researchers from Hamburg University of Technology (TUHH), Nestlé and Deutsches Elektronen-Synchrotron (DESY) got together to try and find what would prevent blooms from forming.

Lead author of the research, Svenja Reinke from TUHH, explained that even though fat blooming is in no way damaging the product and has no side effects after consumption, it still causes a lot of trouble for the food industry.

Millions of dollars go down the drain as a result of rejects and customer complaints, and until now, scientists could not offer a proper explanation as to what causes it – despite the fact that fat blooming has been a quality issue for some time now.

Fat bloom is the result of liquid fats migrating to the surface of the chocolate and proceeding to crystalize there. For example, you can see the white coating form when liquid chocolate cools down.

But, as Reinke explains, even when kept at room temperature, 25 percent of the lipids that exist in chocolate are already in a liquid form. Some of the ingredients that help accelerate formation of bloom are all sorts of liquid fillings or nougat.

Should you still eat it?

Two factors contribute the most to the white powdery substance: long storage time and high temperature – making a lot of consumers believe that white coloration of chocolate means the product has either gone bad or it is too old to be tasty anymore.

Prof. Dr.-Ing. Stefan Palzer from Nestlé explains that although fat bloom is in no way altering the quality of chocolate, a lot of customers complain about the unpleasant visual of the product, considering it a sign of degradation. This is why the confectionary industry’s number one quality issue still remains fat bloom, making serious dents in profit numbers.

Using PETRA III, DESY’s x-ray source, the team of researchers has been able to monitor the processes taking part in the fat bloom formation – all in real time. They first observed how different ingredients of chocolate behave, such as milk powder, cocoa, sugar and cocoa butter.

In order to speed up the processes, all the mixes were ground to a fine powder and then X-rays were shone through them. TUHH Prof. Stefan Heinrich, leader of the experiment, explained that DESY’s technology made it possible for them to observe the samples’ both fat crystals and pores in very great detail.

For the migration of fats to be generated, a few drops of sunflower oil were placed on each of the samples and two observations resulted from the investigation. Firstly, in just a few seconds, all the pores of the ingredients were fully penetrated.

Secondly, the internal structure of the chocolate was deeply altered by the liquid fat, disintegrating supplementary crystalline lipid formations. This process caused the chocolate to become softer, which in turn increased the migration of lipids.

So far, the root causes of the development of fat bloom were mostly unknown, but this research identified crystalline structure as one of the major factors that influence fat bloom formation.

Technology to the rescue

DESY scientist Dr. Stephan Roth explains that it was fascinating to be able to monitor in detail the dynamic mechanisms that eventually contribute to the unpleasant look. Dr. Roth is also the chief of the P03 X-ray at PETRA III, where the investigation took place.

The most practical part of the study is that it can help the food industry develop specific procedures to reduce or stop the process of fat bloom formation. For example, Reinke said that decreasing the porosity of the chocolate during manufacture might decelerate the fat migration.

Another possible consequence is storing chocolate in liquid form in cooler conditions – 18 degrees Celsius is ideal – because chocolate reacts very quickly to fluctuations in temperature. Degrees make a big difference when this product is concerned: 5 degrees Celsius means the cocoa butter is solid; switch it up to 36 degrees and everything turns liquid.

Controlling crystallization can be another applicability, seeing that the form of the cocoa butter crystals, for example, influence the amount of fluid contained in the chocolate.

Palzer pointed out such experiments are vital to the food industry, as the root causes of lipid migration leading to blooming needed some clearing out. They also offer a solid scientific foundation for the development of better manufacturing methods in order to avoid one of the most important quality defects in the food industry.
Image Source: Chocolate Indulgence