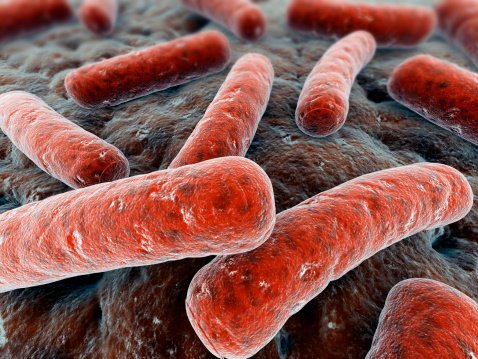 A woman that underwent a fecal transplantation procedure in 2011 to cure an infection caused by bacteria resilient to antibiotics became obese after less than 1 and a half year. Doctors believe that the feces taken from her overweight daughter may have caused the problem.

The woman is now diagnosed as clinically obese and remains stable despite being on diet and regularly exercising.

Fecal transplantation, or fecal microbiota transplantation (FMT), is a medical procedure used to treat recurrent gut infections caused by drug-resistant bacteria (superbugs) by replacing the damaged gut bacteria with healthy bacteria taken from the stool of a donor.

In 2011, the woman was diagnosed with relapsing infections caused by drug-resistant C. difficile bacteria. These bacteria cause an inflammation of the large intestine, also known as colitis.

A fecal transplant replaces the suppressed “good” bacteria in the intestine with “good” fecal bacteria from a donor to give the body another chance to naturally get rid of the drug-resistant “bad” bacteria.

However, the new case suggests that doctors should avoid the use of bacteria obtained from the stool of overweight or obese donors. Scientists currently plan to study more the possible link between gut bacteria and metabolic changes.

Before the procedure, the woman who has gained weight after the fecal transplant weighed 133 pounds, while the BMI was 26. The BMI of a normal-weighted person usually ranges from 18.5 to 25.

After 16 months, she gained 35 lbs, while her BMI reached 33. So, she was diagnosed obese. Three years after the fecal transplant, she weighed 175 lbs and her BMI was 34.5.

Doctors reported that the woman continued gaining weight although she was put on a diet, she was placed on a medically supervised liquid protein, and a workout regime.

Doctors supervising her case said that she still remains clinically obese. They suspect that the fecal bacteria taken from her healthy teenage daughter had something to do with it.

We’re questioning whether there was something in the faecal transplant, whether some of those “good” bacteria we transferred may have had an impact on her metabolism in a negative way.’

So, doctors recommend their peers to avoid using gut bacteria from overweight or obese people, even if the donors are healthy. However, the say that more research needs to be conducted to confirm their theory because other causes may be involved.

For instance, the woman involved in the unusual case had also received a series of antibiotics for a Helicobacter pylori infection, she also may have been stressed and gained weight. Scientists also think that genetic factors, aging, or the superbug infections may be on the list of possible causes.