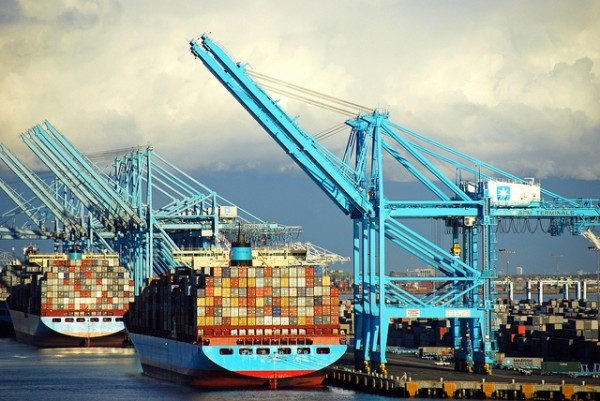 America’ s busiest ports, the Los Angeles and Long Beach docks, along with 27 others were shut down over the weekend due to heated labor negotiations among terminal operators, ship owners, and the International Longshore and Warehouse Union. The operations are to be resumed on Monday, according to the Pacific Maritime Association.

The Pacific Maritime Association is the group that represents terminal operators and shipping companies in the labor contract negotiations with the labor union. The negotiations are the result of months of congestion in the Long Beach ports and 27 more West Coast ports.

The Los Angeles and Long Beach ports are the nation’s busiest ports since 40 percent of cargo containers with imported goods come into the U.S. via those two. But the continuous congestions may lead to a permanent shut down of the ports, seriously endangering the economic relationship with China, and shaking the local economy.

Operators and ship owners blame the unproductive labor force on the docks for the delays. So they don’t want to pay anymore the premium weekend pay for the dock workers.

Yard operations, where truckers and rail cars pick up containers already unloaded from ships for delivery to customers, will continue at terminal operators’ discretion,

The PMA announced Friday that will close down the ports over the weekend to solve the congestion crisis. The International Longshore and Warehouse Union described the move “crazy” and a way of disrespecting customers who wait for their containers and deserve better treatment. The union also announced that an agreement had been reached.

The new labor agreement was in plan since last summer, but in November port operations on the West Coast began to gradually slow down. PMA blamed the union that it was deliberately sabotaging the operations. The union replied that the congestion wasn’t caused by its members, but by shippers and terminal operators.

The past congestions had resulted in delayed deliveries by months.

Enough is enough. They continue to harm American businesses and American workers and themselves by continuing the slowdowns, congestion and driving businesses away from the ports,”

On Wednesday, following an acute congestion in the ports of Los Angeles and Long Beach, the PMA launched an all-in offer to the union: health care benefits would continue to be paid by employers, the pension would increase by 11.1 percent, and an annual 3 percent increased pay would be granted over the next five years.