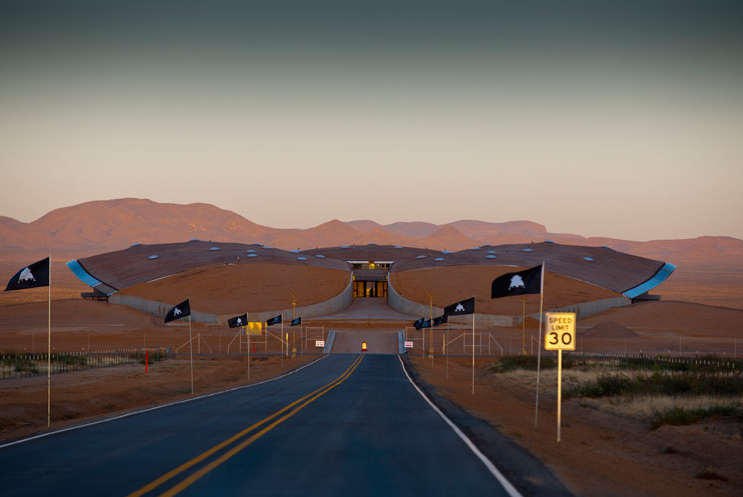 Virgin Galactic, a commercial spaceflight company set on providing suborbital spaceflights to paying customers, has experienced some difficulties in making sure that their space tourism idea leaves the drawing board and actually becomes reality. They had thought that 2015 was going to be their year, however, in the fall of 2014, one of the company’s spacecrafts broke apart during a test flight. The disaster test flight ended with the death of a pilot and a lot of speculation as to the future of the company. Yet, Virgin Galactic is still set on space tourism and its CEO, George Whitesides, ensured the public that things are on track.

Despite the fact that Virgin Galactic’s pristine runway, located in one of the most remote stretches of New Mexican desert, hasn’t seen much use since its completion, Whitesides is convinced that the company is turning the corner.

“We’ve gone through one of the toughest things a company can go through and we’re still standing.”

Whitesides said, also mentioning that the company is building momentum.

It may very well be that Virgin Galactic will keep its promise of shuttling customers to the edges of the Earth, and, as Whitesides claims, the company’s investors are still on board with the idea. Currently, company employees are hard at work in completing a new spacecraft. The spacecraft is approximately two-thirds complete, and when it finally is finished, a new test flight will represent one of the last hurdles that the company has to overcome before carrying out successful operations.

Normally, after investing so much time, effort and financial resources into such a goal, Whitesides says, there’s no point in giving up on what Virgin Galactic wants to achieve at Spaceport America. The company’s commitment is still 100%.

It’s not just Virgin Galactic that is interested in finding out when the company will resume its test flights. New Mexico taxpayers have a stake in the company’s advancement as well, seeing that they’ve already paid $250,000 dollars for the completion of the spaceport. Moreover, New Mexico lawmakers now have to decide on whether to provide $2 million more in 2015 so as to make up for lost fees.

While some lawmakers have already started to criticize the company’s endeavors, claiming that the entire project is most likely a dally, others (such as Republican Gov. Susana Martinez) believe that it represents the state’s chance of becoming involved in a new niche of economic development.

During his December visit to Spaceport America, Whitesides underlined the difficulty of the project, saying that things have not happened yet precisely because it’s such a delicate matter. Yet the company is about to accomplish something incredible, he said. People are about to experience space, whether by going themselves or having their experiments sent.

In the meantime, Virgin Galactic is continuing to pay its lease for Spaceport America. Additionally, the spaceport will bring in more money from user fees this spring as SpaceX will begin testing its reusable rocket. However, the spaceport dearly needs to attract more tenants, Christine Anderson, head of the Spaceport Authority said. She mentioned that the spaceport could be a place where events could be hosted, from fashion shoots to conferences, so that more visitors are attracted.