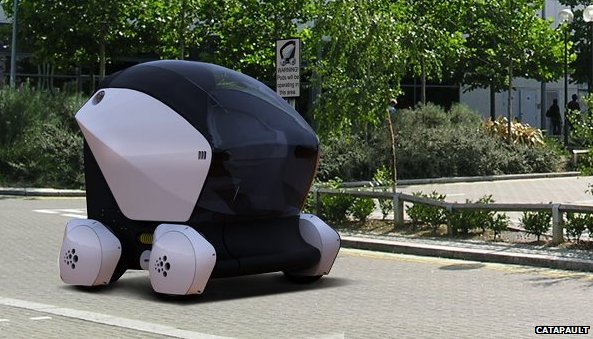 After investing close to $30 million in programs aimed at testing driverless cars, the United Kingdom has finally agreed to take steps towards accommodating driverless cars on their roads. This confirmation comes directly from the UK Department of Transport and includes the promise that changes will have to be made to road regulations as well as maintenance requirements so that Britain can become a leader when it comes to driverless technology.

This initiative will be led by the Lutz Pathfinder, one of the self-driving cars that the UK has unveiled on Wednesday. Testing for the Lutz will commence in Coventry and Milton Keynes, while the other three driverless cars currently undergoing testing will start trials in Bristol and Greenwich. They involve the autonomous Greenwich shuttle as well as the Bristol Wildcat vehicle developed by the BAE System.

The Lutz Pathfinder works by employing radar, remote sensing technology dubbed Lidar, cameras, 19 sensors as well as an entertainment system. When such vehicles are introduced to the public road, they will connect to smartphone applications as well as to one-and-other so that they can be hailed much like taxi-cabs.

The UK transport minister, Claire Perry, is convinced that such technology has tremendous potential of bringing Britain and its roads into the future. Additionally, Perry added in an interview, such driverless cars may actually deliver significant improvements in road safety, congestion, CO2 emissions as well as social inclusion.

The country’s efforts of bringing such cutting-edge vehicles on public roads began in 2013, when the UK first eyed such cars.

“Driverless cars are the future [and I want] Britain to be at the forefront of this exciting new development,”

As a result of the government’s resolve, a new Code of Practice will be available this spring, which will involve instructions for citizens who desire to test such vehicles on Britain’s public roads. The idea behind such a code is that a non-regulatory approach might actually contribute to a faster introduction of such a technology on the road. According to UK officials, such a flexible approach might actually be quicker and easier to establish than the regulatory concept that the United States is currently working with.

It’s true that the United States heralded the age of driverless cars when it became the first country of the world to allow driverless car testing. Despite this apparent advance, however only four states have allowed trials to commence: Florida, Nevada, California and Michigan. In California, for instance, driverless car permits are already being issued to manufacturers if certain restrictions are adhered to. Google has been supporting driverless car efforts since 2005, but it seems that regardless of this effort, 15 US States refused to allow trials to begin.

In the meantime, driving and road safety legislature is going to be reassessed by August 2017, the government announced. This reassessment involves both rewriting vehicle testing regulations and the highway code, however, two pressing matters remain: how to ensure pedestrian safety and is it possible, in such situations, to determine which driver (or car) is at fault in the case of collisions?

In a recent statement, the RAC Foundation director, Stephen Glaister, explained that such testing phases aren’t only centered around technology harnessing but also about simplification. The ultimate goal, he said, is to ensure that our lives become easier and safer. What’s left, Glaister underlined, is to get the regulation just right:

“Alongside the hi-tech innovation you need policy decisions on long-term, low-tech matters such as who takes responsibility if things go wrong.”

Mindsets will change as such technology is adopted and becomes commonplace. Collisions and accidents will no longer be the responsibility of drivers and as a result, we’ll bear witness to a shift from personal liability to product liability. Such changes will require both manufacturers and insurers to alter their current practices, and as with every new thing, change is difficult.

Another downside to this situation is the current infrastructure that the service and repair sector has in place. As the Institute of the Motor Industry sees it, such technology will take the repair sector by surprise and service experts will lack the skills to deal with the new technology that the government is attempting to introduce.

“We believe the government is yet to fully [realise] the pressures we are under,”