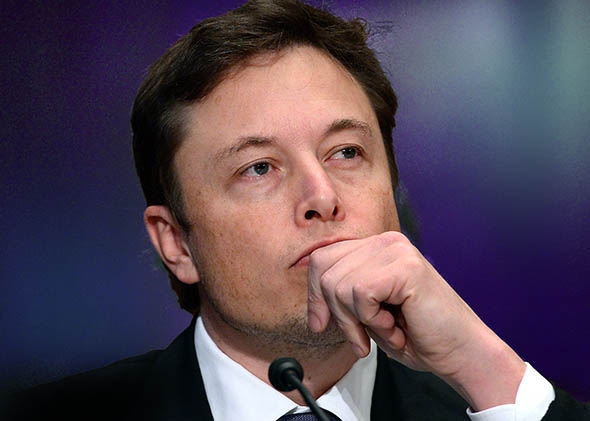 On Wednesday, Tesla Motors’ Chairman and CEO Elon Musk told investment analysts in a conference call that his company’s stock market value would exceed that of Apple Inc. by 2025, if its projections of 50 percent annual growth would become a reality.

Mr. Musk gave analysts a lot of good news about his company’s prospective. For example, Tesla is set to sale nearly 55,000 electric cars worldwide over this year, an increase from the 31,655 units shipped last year.

Additionally, Mr. Musk hopes that sales would get boosted by the new Model 3 sedan, which is expected to be released by the second half of 2017, as well as by the Tesla’s revolutionary home battery, which is currently under development and it could go into production within 6 months.

The home battery is a consumer battery that stores clean energy for home. Tesla is already negotiating with SolarCity to combine the battery with rooftop solar systems. The new battery will enhance the PV systems’ capacity of storing and redistributing energy by maybe turning into utility industry’s worst nightmare.

Mr. Musk also said that his company’s yearly revenue could reach $6 billion this year, as compared with $3.2 billion in 2014.

But market watchers say that Mr. Musk may be over optimistic about his company’s future. They say that it is hard to believe that Tesla will sell millions of cars in the next ten years, when in January it only sold 120 cars in China. But Mr. Musk replied that Tesla would fix the “China issue” and would be in a pretty good shape by the second half of the year.

Analysts have other issues to worry about when looking at Tesla. In the conference call, Tesla’s CEO said that the operating expenses will escalate this year from the estimated $1.07 billion by 45 percent to 50 percent. But estimations aren’t always accurate. Last year, the Q4 operating expenses were $336.5 million, nearly double than those in 2013.

Also, the Q4 clash flow was negative ($455.1 million). Tesla announced that it should return positive by the end of this year, while the company doesn’t need to raise additional funds at the moment.

Other grim news for Tesla include a flattening U.S. market with only 17,400 cars sold last year, and lower sales than predicted in the forth quarter.