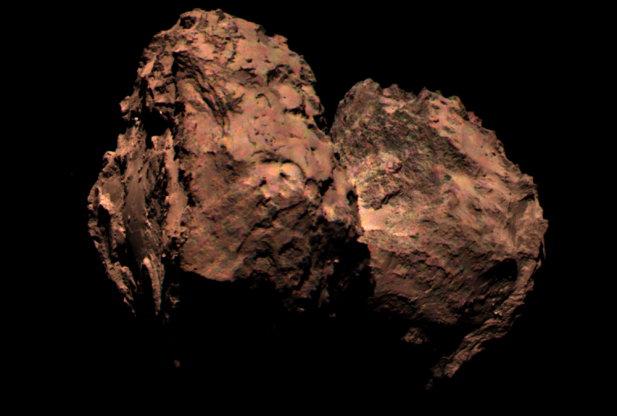 After Philae’s one-of-a-kind landing on comet 67P/CG, the European Space Agency lost contact with its star lander. While the Philae lander remains lost, scientists still hope that May could herald good news as the comet nears the sun, possibly causing the lander to wake up.

Although its exact position hasn’t been established yet, European Space Agency experts do know that Philae is suffering from a lack of sunlight which would feed its solar panels with the energy required to make contact. They have roughly estimated the area where Philae must have landed, however, visual confirmation of the lander’s position is yet to come.

Despite the current situation, scientists are certain that the lander will be able to make contact with Rosetta once again. Stephan Ulamec, German Space Agency lander manager, explains that even if Philae manages to get in contact with Rosetta, it would most likely be for very short periods of time. Because of Philae’s location in what he calls a “dark pocket”, scientists must now plan for modest science sequences, Ulamec added.

Originally, landing engineers had predicted that Philae would land in a spot which would allow the lander to receive heaps of solar energy. Had Philae landed in the planned spot, operations could have run smoothly until March, when the temperature would have risen so much that the lander would have not been able to survive. So the fact that Philae didn’t quite make its planned landing spot may, in fact, be a blessing in disquise.

The fact that its current resting location is a great deal darker than engineers had foreseen, it’s surely going to be significantly cooler. Consequently, Philae can commence conducting its scientific missions once it wakes up. Additionally, it will have protection from the sun’s heat even as 67P/CG continues to approach its closest rendezvous spot with the sun.

What’s more, ESA experts are convinced that, as the frozen molecules are released from the now-dormant lander, Philae is sure to send back interesting readings.

Attempting to triangulate the exact position where Philae landed, the European Space Agency managed to spot “several Philaes”, Ulamec explains, and that’s precisely the problem. Because of the rough terrain on comet 67P/CG:

“It’s very difficult to distinguish Philae from surface features that resemble a little bit the shape of the lander.”

In the meantime, Rosetta has carried on its scheduled scientific tasks and has begun to distance itself from the comet where Philae now lies. As a result, future photographs are less likely to reveal the lander’s location.

When Philae finally receives enough sunlight to make contact with Rosetta, it will immediately fall back to sleep (as it is programmed to send signals as soon as it has enough energy to send them). When this happens, all we have to hope for is that the comet’s intensely cold surface did not ruin the lander’s scientific testing instruments.