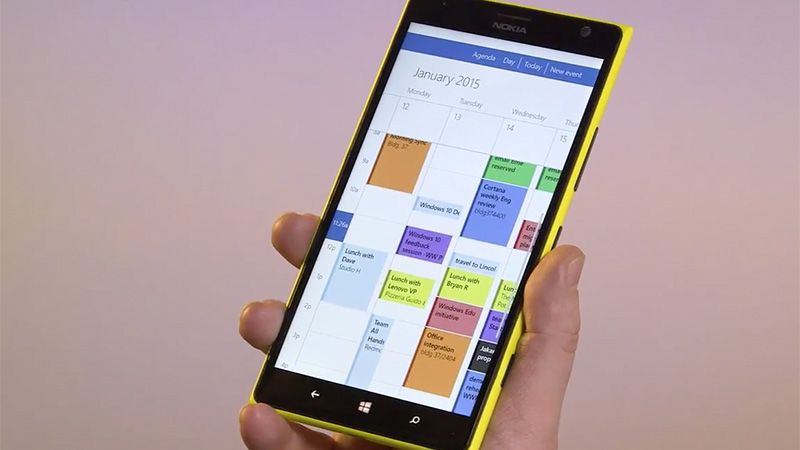 For almost half-decade Microsoft has been trying to promote its mobile and its alternative apps to Apple and Android, and all that to no avail. The same Microsoft purchased Nokia’s handset business for more than $7 billion, but that did not increase their profits. The company is currently barely afloat on the smartphone market, clinging to a merely 3 percent share in it.

The new vision will still include Windows, Microsoft’s mobile operating system, but the developing team has shifted its focus on creating apps for Android and Apple devices instead. Accompanying the arrival of Satya Nadella, Microsoft’s chief executive, about a year ago, a new strategy started to show on the horizon. The company started designing apps for smartphones which people actually use, which are both Apple and Android, rather than sticking to those that run on Windows.

Over the last few of months, Microsoft has really put some effort into bringing mobile versions of its Office apps, or OneDrive, to the iOS. One of the most impressive creations of late is Outlook for iPhone and for Android, which offers free versions for personal use. The Outlook app is a calendar and email service, which borrows only the name from the PC version. Very thoughtfully, Microsoft avoided jamming all the computer features into the app, instead designing it exactly how people like to use the email service on their smartphones.

However, the Outlook app isn’t really Microsoft’s doing. The idea behind it actually comes from Acompli, an existing app created by a company which was purchased by Microsoft in December for $200 million. But we don’t blame them for using this strategy of implementing new technology into an acquisition; a lot of the big guys do it: Facebook, Amazon and Google, for example. The Acompli deal was barely signed when Microsoft decided to launch the new Outlook in January, showing the company’s determination to make a move in the mobile business.

Outlook’s predecessor, Outlook Web Access (OWA), was basically a shortcut to a web page, and it is clear why it didn’t catch on. Even though it was available for iPhone and Android, OWA was deficient in performance and efficiency. This is why the new app is everything OWA wished it could be – smart, and definitely an improvement from other standard email apps.

In an interview, Javier Soltero, general manager of Outlook at Microsoft and former chief executive of Acompli, said that the new app reported an average session of 24 seconds for each time the user checks the email. When faced with the question of how to make those seconds count, Outlook brought a clever answer. The app has built-in software algorithms which separate the emails into two categories: Focused and Other.

Basically, the Focused category contains emails you’ll want to check immediately, and Other collects those which you might want to read later or maybe never. But this method is not Microsoft’s “baby”. Google uses similar software for dividing emails in the two categories. What it does is check what emails you look at, what you open, and what you reply to, and then they act accordingly. The only hiccup is when people don’t trust the intelligent email sorting, because nobody wants to miss an important work-related email. And if users don’t trust it, they will just simply check both inboxes regardless of the sorting procedure.

The other great feature of Outlook is helping people be more organized with its integrated calendar. For example, arranging meetings over email just got easier: with a few taps, you can check free dates into the calendar, and the recipient can pick one. The meeting will be automatically scheduled on your calendar, without any more effort on your side.

If Outlook was the only improvement on Microsoft’s behalf, people might disregard it in a second, but the company has also designed some more credible mobile apps. Free versions of its main Office apps – Word, Excel and PowerPoint – have been made available earlier this year, accessible on Android, iPhone, and iPad.

At the same time, Microsoft is selling the paid subscription to Office 365, which costs $6.99 a month, and it has soften the deal by adding unlimited online storage through its cloud storage service, OneDrive. You can literally duplicate in the all your music, pictures, videos and anything else you want, with no limit. In comparison, Apple’s iCloud service sells one terabyte of online storage for $19.99 from, while Dropbox and Google each charge a monthly fee of $9.99.