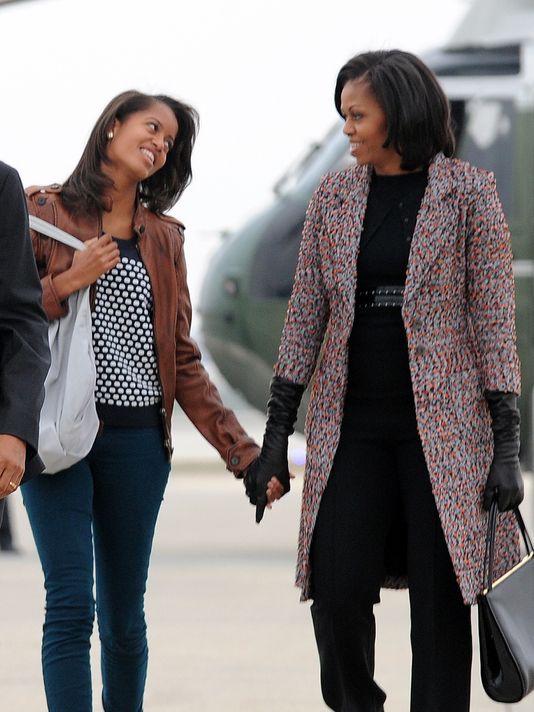 Together with her ever-watchful mother, Malia Obama is taking private tours of universities in hopes of making the right choice in her academic future. After being seen last summer visiting Standford and the University of California-Berkeley, the 16 year old daughter of the US President is now checking out New York universities. Social media has been all over the subject since Friday, when all her visits took place. They believe that Malia might follow in the footsteps of her father, who has been a student at Columbia University.

Michelle and Malia Obama served dinner together the same day, accompanied by unknown adults and the friends of Malia. Secret Service agents kept a close eye on the first lady and the president’s daughter during the visit.

The ultimate choice for Malia Obama is becoming a filmmaker, so the universities that she visited in New York are the Barnard College, the New York University and the Columbia University, where her father successfully graduated in 1983.

President Obama also talked about colleges while making a trip in Indianapolis to talk about his plan to offer free community college to Americans. He then made a public statement about how he remembers the food in college and he noted that the menus were very different than they are today.

“I hear everybody is looking for fancy gyms and gourmet food and really spiffy dorms.”

Specialists believe that it could be difficult for Malia to attend a public school, taking into consideration that she has been in the spotlight since she was 10 years old. As compared to Chelsea Clinton and the Bush twins, she was of a tender age when her father took office and the consequences have followed her ever since. Unfortunately, not only Malia, but also her future professors, will have to keep their expectations high. In addition, protection will always be necessary even in college, so this experience could never be a normal one for Miss Obama.

But until then, Malia Obama remains a smart and beloved student of the Sidwell Friends School, where her studies will be finished in 2016. As a result, her first year of college will coincide with the last year of the presidency of her father.