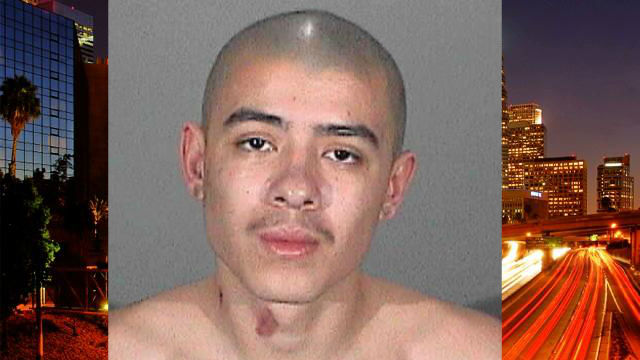 A Latino teenager was charged with the stabbing of two African-American men in a shopping center parking lot in Covina. The teenager charged with double stabbing is a former convict and a gang member. According to police statements, the stabbing, which took place on Saturday evening, was a race-caused hate crime.

Reports of the events have the suspect, Louis Vasquez, 19, attacking a 27-year-old African-American who was walking through the mall’s parking lot. After brutally slashing the 27-year-old, Vazquez turned his attention to a second victim, an 18-year-old store employee who was busy retrieving shopping carts.

Covina PD Sgt. Greg Peterson revealed that the first victim had cuts on his right shoulder and left knee, while the second victim had been stabbed in the back. The two victims did not know each other, Peterson added.

After the brutal attack, Vasquez ran from the parking lot. Witnesses provided authorities with accurate descriptions of the teenager and told police officers that he had run north.

Authorities soon set up a containment area, until the suspect was apprehended in the backyard of a house in West Edna Place. Vasquez was charged with assault with a deadly weapon, gang enhancement, attempted murder and hate crime. His bail was set at $500,000.