You are here: Home / National News / Jeb Bush Speaks Up on Foreign Policy 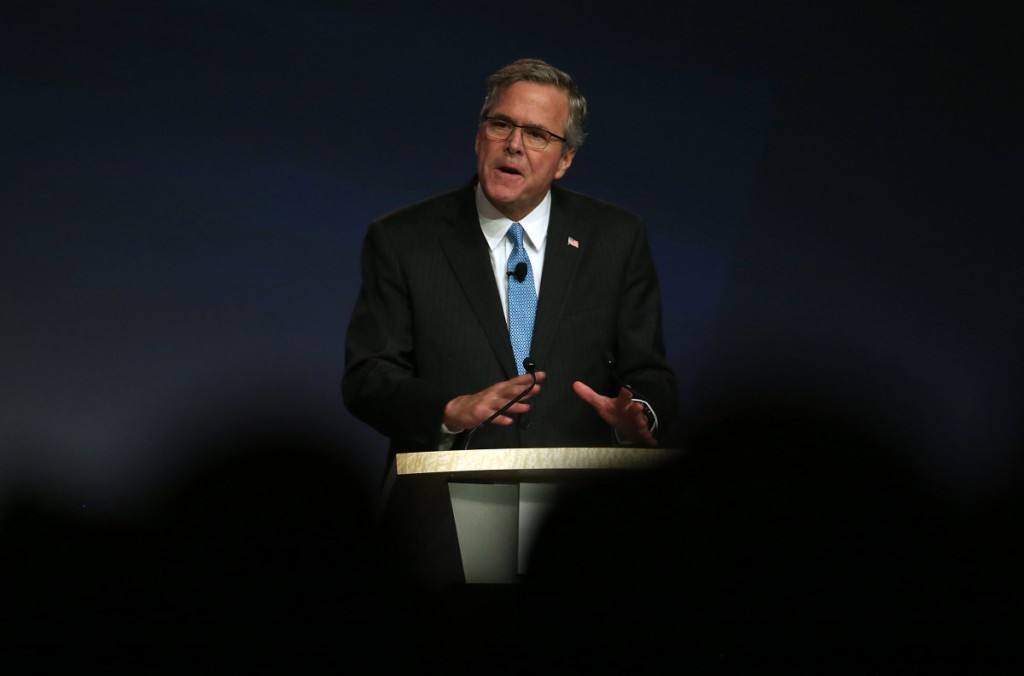 Former Florida Governor Jeb Bush speaks up on foreign policy on Wednesday. He seeks ways to set himself apart in the presidential race, and not just from the other candidates, but also from his brother, whose former position he now wants to pursue.

On Wednesday, Bush is scheduled to give his first speech on foreign policy in front of the Chicago Council on Global Affairs. He first announced his Republican presidential campaign in December, and started to actively explore it. While Republican voters largely know his stance on immigration and education, his position on America’s role in the world are rather undefined.

Bush’s supporters expect his understanding of international issues to match his experience. During his time as a governor, Florida was largely dependent on foreign trade, and Bush worked as a senior advisor at Barclays PLC, advising various banks from Europe to Asia. Both these factors helped him gain a better understanding of foreign markets. Another advantage is his investment partnership with a Chinese conglomerate, resulting in multiple visits during recent years.

His background is also quite impressive. He is a former Venezuela citizen, with great Spanish skills, who conducted advocacy and trade delegations to a lot of developing countries, such as Thailand, Afghanistan, and Israel. He also had the chance to witness first hand as both his father and brother sent troops or conducted air strikes in different countries, like Panama, Afghanistan, Yemen, Iraq, Somalia, and Pakistan.

When asked about his position toward the wars started under his brother’s administration, Bush said in a news conference last week that he has no interest in re-instigating the past. He stated that his focus is not on the past, and he prefers talking about the future instead.

So far, voters appear ready to appoint the same world view to the former governor. A recent poll conducted by Bloomberg Politics/Saint showed that Republicans feel that Bush is a much better fit for fighting their top issue: terrorism. The other candidates included in the poll, New Jersey Governor Chris Christie, Wisconsin Governor Scott Walker, and Senator Rand Paul did not rate as well.

His PAC (political action committee) released some speech fragments which show his determination in making his own way, instead of adopting those of his brother or his father. He emphasized the fact the he loves and appreciates both their services to the nation, and understands the difficulty of making such important decisions about the America’s foreign policy. However, he intends on showing his own views, formed during his own experiences and his own decisions.

Foreign policy experts are positive that the new candidate will not adopt an aggressive overseas strategy, not in the way former President George W. Bush did. Wesley Renfro, the author of a detailed comparison between the approaches of the two Bush presidents, explained that Jeb Bush’s speeches have been designed to gain support from Republican voters. People expect him to show a rather generic Republican foreign policy, especially because Obama’s administration was and still is heavily criticized for their own international strategy. However, Renfro is cautious, stating that his current speeches are not a reliable guide into the potential President Jeb Bush would govern.

During the past months, Bush has slowly but surely contoured his stance on international affairs, responsibly indicating towards a stronger defense. He has shown to believe that additional U.S. troops are needed to maintain or fight for peace is geopolitical zones around the globe, and that the American presence should be stronger in Latin America.

During the last year, Bush has almost always criticized President Barack Obama’s decisions in his speeches. And although he seems to take a very different approach from the current administration, he is reluctant to judge his brother’s foreign policy actions. For example, in a speech last year, Bush called Obama’s decision to withdraw troops from Iraq a mistake, contrasting the chaos left there with the relative stability in Korea, which he believes is due to the constant presence of the thousands of U.S. soldiers in the area.

Jeb Bush also shown favor to some of the more controversial NSA “Big-Brother” programs, which were initiated under the administration of the last Bush. He is adamant that the public needs to realize how important are the intelligence capabilities, which are designed to keep the Americans safe, not to violate personal privacy or civil rights. He called the NSA a significant tool in securing the nation against jihadist attacks that are happening and will continue to happen if the surveillance programs are canceled.

Last year, Bush said in one of his speeches that Islamic terrorists are getting closer to America, and they needed to be stopped. In the same speech, Bush stated a few plans for the foreign policy, one of them being looser immigration laws, in order for the best people in the world to be able to come in.