You are here: Home / Uncategorized / Hormone Therapy for Chelsea Manning Approved by the Military 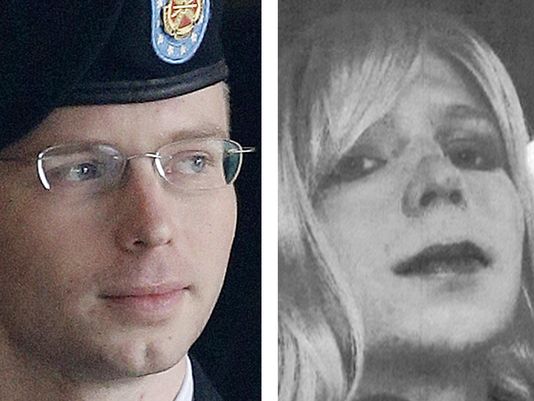 The military has just approved hormone therapy for Chelsea Manning, the male to female transgender convicted national security leaker. It is the first time something like this gets approved by the Army.

In July 2013, Manning, a United States Army soldier, was convicted of violations of the Espionage Act and other offences. She had released the largest number of classified documents to the public in history. Manning is now an inmate and has remained a soldier.

The commandant of the Fort Leavenworth Disciplinary Barracks in Kansas, where Manning is serving her sentence, Col. Erica Nelson, wrote a memo where she stated that after careful consideration of the recommendation that hormone therapy is not just necessary, but also appropriate, she decided to approve adding the hormone treatment to inmate Manning’s treatment plan.

Chelsea Manning, a male to female transgender, used to be called Bradley Manning and is serving a 35-year sentence in prison and is eligible for parole in around seven years.

During her trial, her attorneys tried to argue that she had been marked by the wars in Afghanistan and Iraq and believed that the sensitive documents should be seen by the general public.

After she announced the she was transitioning, Manning sued the federal government for not being given access to proper treatment. She had asked for hormone therapy and to be able to live as a women, but trans people are not allowed to serve in the U.S. military. The Defense Department does not provide for hormone treatment, but the Department of Veterans Affairs does provide it.

The executive director for the National Center for Transgender Equality, Mara Keisling, said that the Army’s decision to provide treatment for Manning is a way of simply fulfilling its obligation towards her. Refusing to treat her would be cruel and unusual punishment. She continued:

If she has a heart attack, they have to treat that, too. This is no different.

It was not revealed when the hormone therapy for Chelsea Manning is going to begin.

Air Force Secretary Deborah Lee James, revealed that the ban on transgender people in the US Army troops should be lifted and that it is coming up for reassessment.