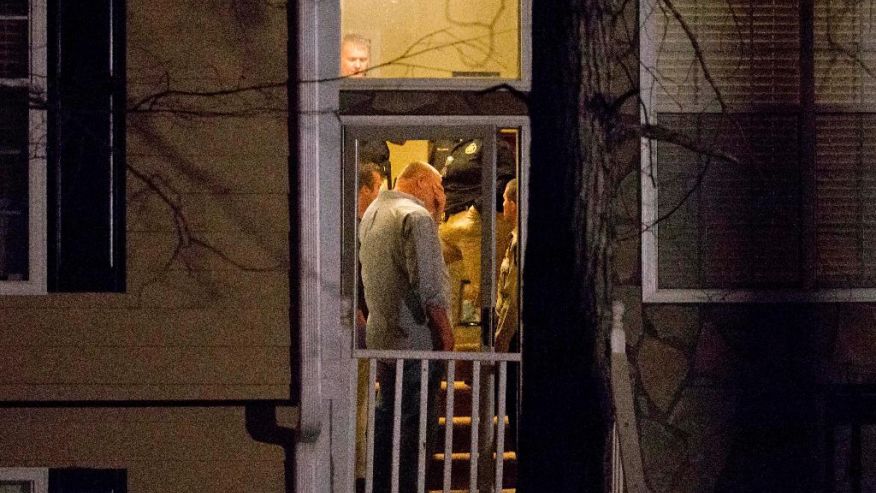 On Saturday, in one of the Atlanta suburbs a man gunned down two adults, three children, and a teenager before shooting himself in one of the most disturbing suicide-murders in Douglasville, Georgia. The teen and two of the children were his own offsprings.

One of the witnesses recalls seeing the gunman’s teenage daughter running out of her home with her dad chasing her, while aiming a shinny gun at her.

the girl yelled before being struck down.

Meanwhile, the gunman, identified as Cedric G. Prather, 33, had already killed his ex-wife, her boyfriend, and his underage son inside their family home. Two of his daughters ran outside but he went after them end eventually shot them too. He also shot a little girl standing outside the house, before committing suicide.

Authorities reported that five people died in the Douglasville shooting spree including Prather.

On Sunday, neighbors were still in a state of shock. One of them recalled seeing Prather getting out of a car, dressed in all black and pacing 10 minutes before starting the shootings.

It was over the stupidest things. It was over child support and taxes,”

one of the neighbors said.

Neighbor Diana DiVenti told reporters that that night she couldn’t get the ‘Daddy no! Please. No’ out of her head. She said that it made no sense to kill one’s own children.

The police said that both LaToya Andrews, 33, the gunman’s ex-wife, and Joseph Brown, 33, Andrews’ boyfriend, were shot killed in their house. Additionally, Pratcher’s 7-year-old son was also killed inside the house. A 9-year-old girl died on her way to a hospital. The gunman died from the self-inflicted injuries at the hospital.

Two of the shot girls were in critical, but stable condition on Sunday. One of them was Brown’s daughter.

The police refused to name a specific motive of the shooting, but it wasn’t the first time cops visited Andrews’ house. Neighbors reported that fights between her and ex-husband were quite often. But no one thought that it would end up like that.

Prather’s oldest son, a teenager, wasn’t home when the shootings occurred. He had a basketball game to play, and found out about the tragedy when a friend drove him back home. His mother, her boyfriend and his siblings were also supposed to come and watch him play but they never made it.

One of the witnesses also said that the shooting was all the more devastating, since in Douglasville, population 30,961, “nothing ever really happens.”