You are here: Home / Business / American Express to End Costco Exclusivity Deal by Early Next Year 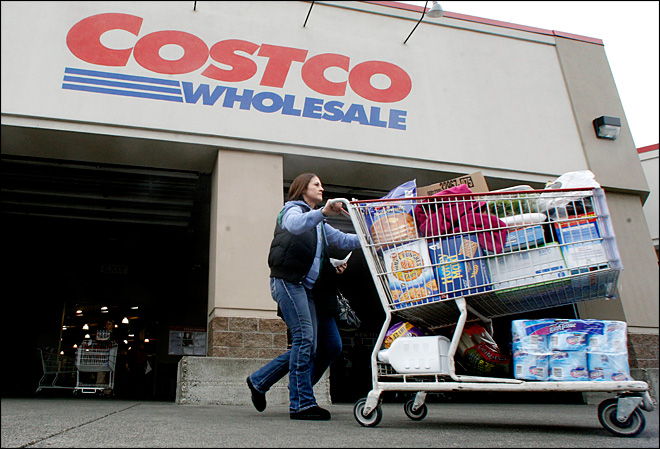 American Express Co recently announced that the negotiations to renew its exclusivity contract with the wholesale giant Costco failed to reach any terms that “would have made economic sense” for NY card company.

It’s not easy to see a long-standing partnership end, but when the numbers no longer add up it’s the only sensible outcome,”

Costco is currently looking for other business partners to continue its successful business formula, while American Express plans to find ways of preventing Costco clients from leaving.

Costco and American Express had a 16-year long exclusive arrangement, according to which Costco was only accepting AmEx-branded credit cards in its warehouses.

Over those years, customers were unable to purchase anything from the warehouse club with Visa, Mastercard, or Discover credit cards. Though they could use debit cards from these companies when shopping at Costco.

But to make their lives easier, American Express and Costco had issued the TrueEarnings card, a co-branded credit card that customers could use both at Costco’s and at other retailers’ locations.

The American Express & Costco exclusivity deal is very rare in the U.S. Only Sam’s Club, a Wal-Mart’s unit, declines to accept Visa or AmEx credit cards.

American Express’ exclusive deal with the second-largest retailer in the U.S. is set to end on March 31, 2016. AmEx announced that it will offer new types of credit cards to TrueEarnings card users. About one in 10 AmEx cards will be affected, according to the company.

But AmEx reported that nearly 70 percent of purchases on AmEx-Costco-branded cards were done in locations outside Costco’s warehouses. American Express Chief Executive Ken Chenault said that the figure was a clear evidence that TrueEarnings card users were “AmEx customers as much as they were Costco customers.”

But the announcement had already affected AmEx’s stock price, and analysts believe that the move would eat into AmEx’s annual results for the next two years.

On Thursday, the credit card company’s shares recorded their largest intraday percentage decline in four years when they dropped by 6.4 percent, to $80.40. Still, Mr. Chenault is confident that his company will be able to meet its 12 percent to 15 percent growth target in the “moderate to long term.”

Currently, inner sources claim that J.P. Morgan Chase & Co. and Citigroup Inc are both looking into closing a long-term deal with Costco, but it is uncertain if the warehouse club will stick to its initial one-brand-of-credit-card strategy or it will accept multiple brands like most retailers do.