You are here: Home / Tech & Science / The Year’s Inaugural Meteor Shower Will Crest On Saturday 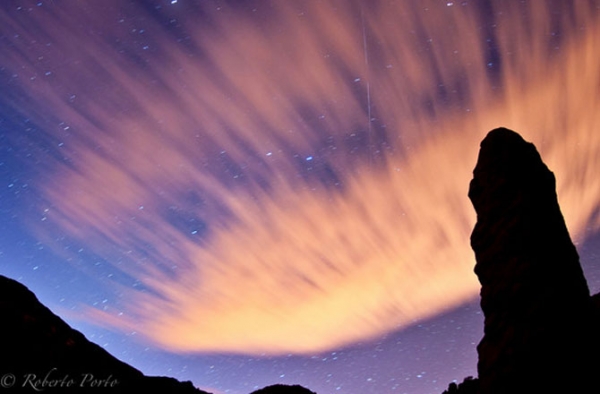 Each new year starts with a cosmic show of meteor shower. This year’s inaugural meteor shower will crest on Saturday night. On January 3, the Quadrantid meteor shower will seem to shed its light from a north point of the Boötes constellation, which is shaped like a kite. Beginning with this night’s meteor shower, passionate sky observers can watch a series of celestial events.

The Quadrantid meteor shower will permit enthusiasts to witness as many shining meteors as the more renowned Perseids. However, the shower’s peak is shorter, so it is more difficult to see a Quadrantid. For that reason, fans of celestial events should have their eyes on the clock. The meteor shower will show about 40 meteors per hour at its highest point.

Experts believe that the Quadrantid is the result of a wiped out comet known as 2003 Eh1.  What watchers perceive are actually dust grains produced by the comet’s extinction.  In order to get the best viewing, observes should be in a dim area after midnight. Though the meteors will shine from the star group Boötes, they will also be visible from any point in the sky.

Another challenge for viewers might be the moon’s light. The almost full moon will probably cover most of the meteors’ light. Only the brightest ones will be visible. The moon is just a day away from full phase and it is likely to light the skyline all throughout the night. Watchers are advised to position themselves in an area where the moon is hindered by a building or tree and to abstain from looking toward it. The Quadrantid can be spotted between 12 a.m. and 2 a.m. local times.

Following the meteor shower’s peak, the Earth will reach its perihelion, or the point when our planet is nearest to the sun in its orbit. The event takes place on January 4, 1:37 a.m. EST.

This year promises some other exciting sky events like lunar eclipses. The first will occur on April 4 before the day break. Another one will take place on September 27. At that time the full moon will look like a supermoon and a harvest moon simultaneously.

Mercury and Venus will orbit near one another during nightfall in the first half of this month.  Also, Mars will show up on the night sky 20 degrees south of Venus looking like an orange point but less shinny compared to Venus and Mercury.

As suggested by Indiana University’s Department of Astronomy, Venus and Mercury can be spotted looking towards west-southwest. Venus will outshine Mercury on January 10, when the two bodies will be separated by less than 1 degree.