You are here: Home / Tech & Science / Update: Curiosity Photos Do Not Support the Life on Mars Theory 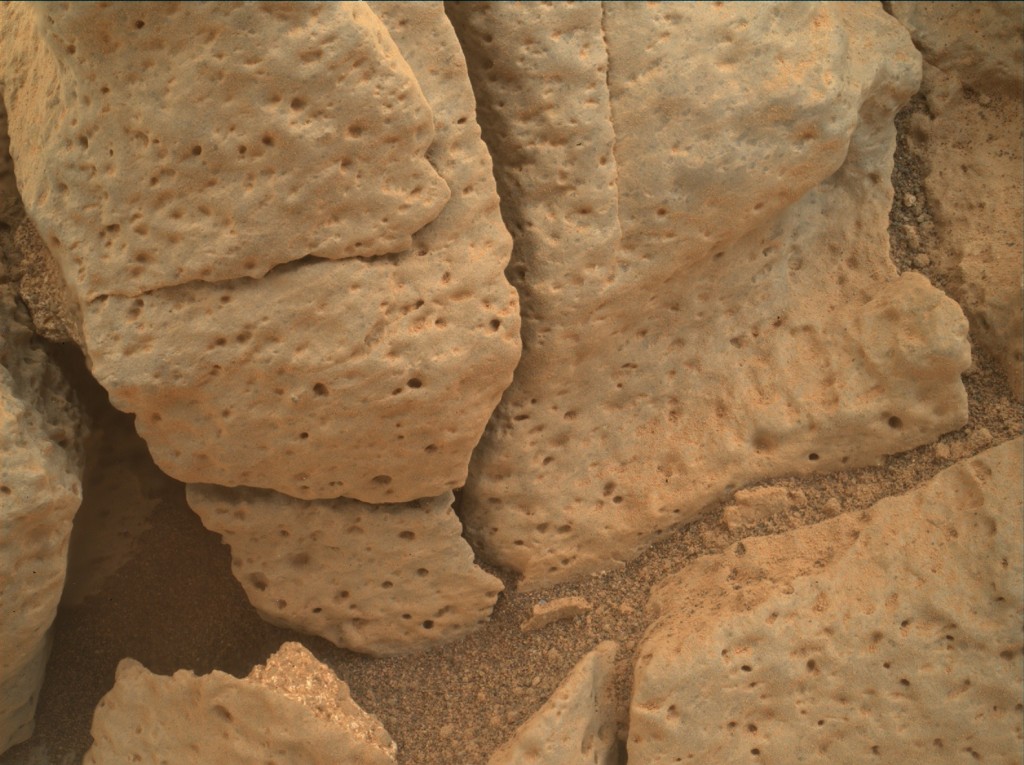 Curiosity Rover’s scientists recently said that the study suggesting that ancient Mars once hosted microbial life was wrong. They also said that the evidence proposed by the study’s author was not “quite as strong” as what was described in the published paper.

In December, Nora Noffke, a geobiology researcher at the Old Dominion University in Virginia, published a paper in the journal Astrobiology writing that Mars certainly had also microbially-induced sedimentary structures (MISS) as Earth did billions of years ago. Mrs. Noffke based her findings on 5 high-resolution images of the Gillespie Lake outcrop, an ancient lake bed located in Gale Crater on Mars, taken by the Curiosity rover.

According to the Virginia researcher, ancient microbes formed the sedimentary structures on the Gillespie Lake’s bottom about 3.7 billion years ago when Mars had water on it. Similar structures were also found on Earth in ancient lake beds and coastal areas with shallow waters.

Mrs. Noffke admitted that her paper was launching only a hypothesis, but based on her 20-year-long experience she said she might be right. However, her theory needs a Mars sample soil to get on Earth and be analyzed with a microscope which is not yet feasible.

We were surprised that such a bold claim was out there in the scientific literature. It’s interesting.… It’s just that we don’t think the evidence is quite as strong as what is described in the paper.”

Mr. Vasavada also said that the Jet Propulsion Laboratory team had also analyzed those photos and didn’t reach the conclusion that the images were showing traces of ancient life on Mars.

Still, looking for ancient life signs in Martian rocks and geological structures was a good thing to do, Mr. Vasavada said. Additionally, the theory of MISS on Mars is also good, but it isn’t yet the case.

Jet Propulsion Laboratory researcher also said that his team was also looking for signs of ancient life on Mars in Curiosity photos. But they need hard evidence to make such a claim publicly.

Mr. Vasavada explained that Mrs. Noffke’s theory was not valid for at least one reason. It seems that the structures found in Gillespie Lake outcrop were sandstone. So, most certainly they were formed in an active stream environment. However, sandstone and streams was not a good combination for hosting microbes that would eventually have built MISS formations.

Mr. Vasavada said that this was the reason why his team excluded a MISS theory when looking at the Gillespie photos. He also said that researchers would continue to look for the structures when they would think the context was right to have an eye for them.