You are here: Home / Tech & Science / Subglacial Lakes May Cause Greenland Ice Sheet to Melt Faster 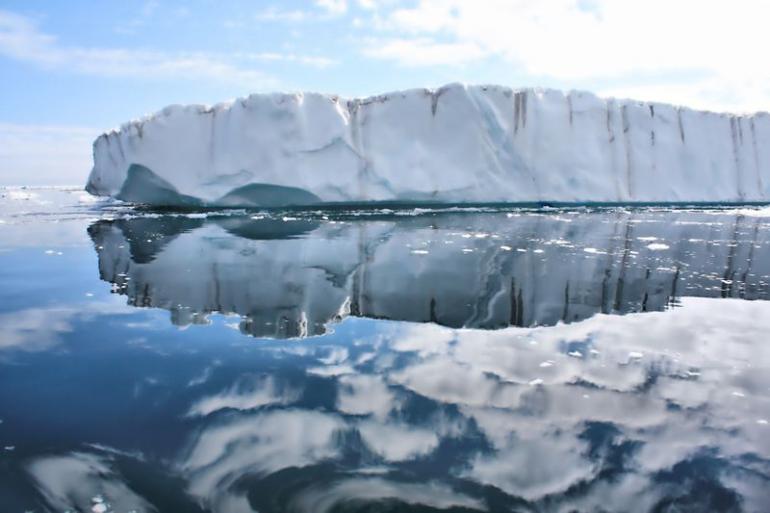 Researchers from the Ohio State and Cornell universities have recently found underneath Greenland ice sheet two subglacial lakes that may accelerate the melting rate of the ice caps in the area. Scientists reported that one of the lakes was suddenly dried away in just a few weeks, while the other lake emptied twice since 2012.

The first lake left behind a mile-wide subsurface crater. Prof Ian Howat from Ohio State University said that the probable cause of the drainage might be caused by melt water that had overflowed Greenland ice sheet natural “plumbing system” and thus causes “blowouts that drain subsurface lakes away in record time.

Prof Howat thinks that the sudden vanishing of the lake in just a few weeks, after decades of stability, may point to “a fundamental change happening in the ice sheet.” He also described the vanishing as “catastrophic” by geologic standards.

Prof Howat’s team discovered the lake in 2014, but it was already drained. Satellite imagery showed that on its exact spot a subsurface lake pooled for nearly 50 years. However, in 2011, the imagery indicated that the lake suddenly drained.

The lake left behind a 1.2-mile-wide and 230-feet-deep crater. The crater could hold about 7 billion gallons of waters that had vanished in a single season.

The second subglacial lake was found by Prof Michael Willis from Cornell University and Prof Michael Bevis from Ohio State. Prof Bevis was concerned about the lake’s quick refilling. He also explained that whenever the lake refills, the melt water also carries stored heat that radiates from beneath and accelerates the melting rate of the ice sheet.

If enough water is pouring down into the Greenland Ice Sheet for us to see the same subglacial lake empty and re-fill itself over and over, then there must be so much latent heat being released under the ice that we’d have to expect it to change the large-scale behavior of the ice sheet,”

Researchers also explained that the melt water drains through a natural system of tunnels located underneath the ice sheet. Currently, these tunnels are cutting further in-land, while bringing additional heat as well. So, they force the ice cap to melt even faster.

Prof. Bevis said that the second lake may had been the result of such drainage system which is very vast and may have caused other sub-glacial lakes to form. Still, it is very hard to map those lakes by radar. Prof Howat also claims that there could be thousands of little lakes underneath the Greenland ice sheet especially under the coastal ice caps.