You are here: Home / Tech & Science / SpaceX to Safely Land Falcon 9 Rocket on a Floating Platform 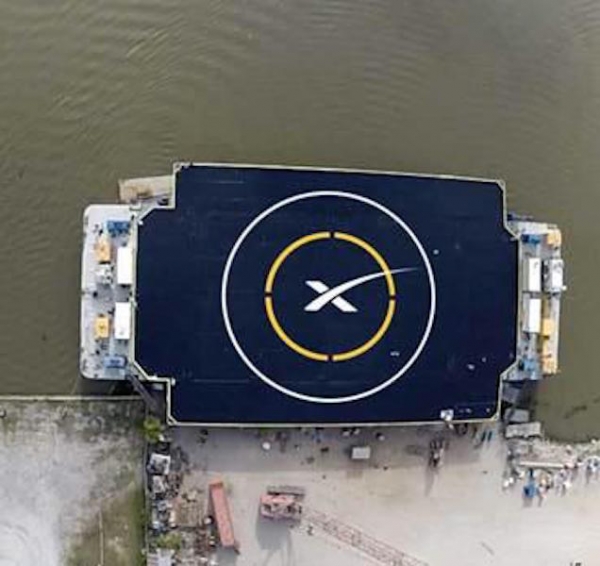 Space X plans to land a rocket on a floating platform in the Atlantic Ocean, rather than letting it smash into pieces after its mission is over. The Space X team hopes that by reusing multistage rockets billions of dollars would be saved, while keeping the environment clean.

Elon Musk, CEO of Space Exploration Technologies Corporation (SpaceX) and co-founder of the Paypal platform, said that wasting a multistage rocket after its first flight was similar to throwing away a 747 Jet after one transcontinental flight.

Multistage rockets used to ferry cargo from Earth to International Space Station (ISS) usually end up in pieces somewhere in the oceans. But, because their engines usually cost millions of dollars, that method is an incredible waste of resources. However, it is the only method available until now.

Reusability is the critical breakthrough needed in rocketry to take things to the next level,”

On January 6, SpaceX will launch one of its Falcon 9 rockets from the Cape Canaveral Air Force Station in Florida. The rocket would carry scientific tools and other goods needed by the ISS astronauts. However, when returning to Earth, the space company plans to land the first stage of the rocket on a platform floating in the Atlantic Ocean, 200 miles east of Jacksonville, Florida.

SpaceX has already tried to land a Falcon 9 rocket on a floating platform with no success. Two such rockets hovered close to the platform, but eventually they splashed into the ocean. The latest Falcon 9 rocket has some “grid fins” equipped that would allow it move closer to the platform and soft-land on it. The rocket would carry no crew when doing the maneuvers.

If the landing is successful, SpaceX will reuse the rocket in a future cargo flight and eventually recover the second stage of rocket, as well. However, current chances of success are quite low. Mr. Musk said he expected a 50 percent rate of success.

When launching, SpaceX’s Falcon 9 rocket will have on board an IMAX movie camera, a portable laboratory for studying fruit flies and a scientific tool to measure clouds and air pollution. Falcon 9 is scheduled to stay docked to the ISS for about one month. When getting back to Earth, the cargo capsule would have on board experiments, trash and other items that would be retrieved by the SpaceX team.

Initially, Falcon 9 was scheduled to take off on December 19. But it was postponed on Jan. 6 after a failed test firing of the rocket’s nine engines.