You are here: Home / Tech & Science / SpaceX: Rocket Launch Was Successful; Booster Had a Hard Landing 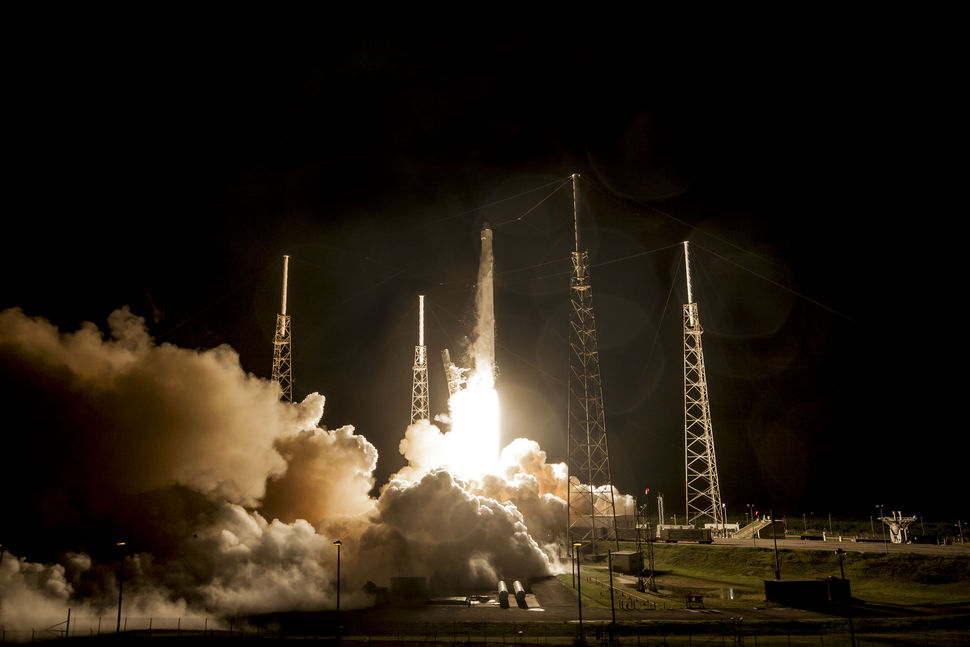 SpaceX’s CEO, Elon Musk, announced Saturday that Falcon 9 rocket’s cargo capsule was on its way to the International Space Station (ISS) and it would dock it on Monday, but the first stage booster had a hard landing on the floating platform in the Atlantic Ocean.

Both booster and platform were damaged when the landing took place. Soon after the liftoff, Mrs. Musk tweeted that the first stage rocket made it to the barge named “the drone spaceport ship,” but landed hard.

Close, but no cigar this time,”

However, Mr. Musk is optimistic about future missions. SpaceX has already tried to do this move twice and the rockets splashed into the ocean. The team will keep trying until they get a successful landing.

It will be the first time a first stage rocket gets recovered to be reused in future space missions. Until now, NASA launched rockets but their multimillion dollar boosters ended-up in pieces somewhere in the ocean. SpaceX’s founder, Elon Musk, said that this practice was extremely costly. Throwing away a first stage rocket after a one-time use was similar to disposing a brand-new Boeing 747 after just one transcontinental flight, Mr Musk said.

Fortunately the cargo capsule (nicknamed Dragon) boosted by the first and second stage rockets into space is intact, and it is scheduled to dock the ISS tomorrow.

Dragon’s health is excellent. Orbit is right on. … We have a very successful launch,”

The capsule would supply the ISS crew with more than 5,000 pounds of scientific equipment and other much-needed goods. It will also bring them delayed Christmas presents, since Saturday’s mission is the first NASA cargo mission since October.

On October 28, a supply ship operated by another company exploded just seconds after the liftoff.

Falcon 9 was launched yesterday from the Cape Canaveral Air Force Station in Florida at 1:47 a.m. Pacific time. Minutes after, the cargo capsule separated from the first stage booster heading towards orbit attached to the second-stage booster. When the first booster headed towards the ocean, SpaceX team tried to remotely control it to safely land on the drone spaceport ship floating 200 miles off Florida’s coast.

The team said that that the ship itself was fine, only some of the support equipment on the deck was damaged.

Elon Musk said that he filmed the landing but the video was “pitch dark and foggy”, and he promised on Tweeter that he would piece together a video from actual pieces and telemetry.

Mr. Musk also said that his company would try again to land a first stage rocket on a floating platform on February. He said that the launch crew made “huge strides” towards making a rocket reusable NASA’s greatest dream.