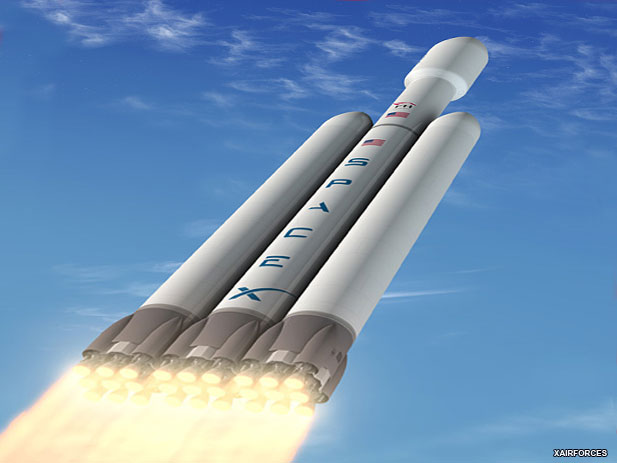 The Space Exploration Technologies Corporation (SpaceX), a private spaceflight company commissioned by NASA to ferry goods from Earth to the International Space Station (ISS), recently released a short animation film describing how space rockets would get recovered after their mission is over.

The video features Falcon Heavy, a larger type of space rocket than the current Falcon 9 version, that is currently under development. SpaceX is the first spaceflight company to plan to recover and reuse space rockets, rather than just throw them away after their job is done.

Elon Musk, SpaceX’s founder and CEO, explained that the current practice of NASA and other space agencies to dispose of billion-dollar rocket engines after a single use equates to throwing away a brand new commercial jet airliner after its first transcontinental flight.

Also, the practice makes ferrying goods to space and back extremely costly, while severely limiting further space exploration. So, SpaceX is working on a solution for reusable rockets and wants everyone to learn about it from its recent video.

The company has already tried to recover a first stage Falcon 9 rocket from the Atlantic Ocean earlier this month without success. The idea was to land the rocket shortly after its launch to ISS on a floating platform, dubbed “autonomous spaceport drone ship”, 200 miles off the Californian coast.

The rocket was modified by adding on a set of “hypersonic grid fins” that were designed to allow engineers on Earth remotely control the rocket to a soft landing site. The test however failed, but the company announced that another landing test was scheduled in February.

Elon Musk even gave some explanations in a tweet shortly after the bumpy landing.

Grid fins worked extremely well from hypersonic velocity to subsonic, but ran out of hydraulic fluid right before landing.”

As a result, the rocket partially smashed the portable spaceport and become unusable.

The Falcon Heavy rocket is an improved version of Falcon 9. It will have two additional booster rockets on its sides for additional thrust power. In the video, the two boosters detach after the rocket enters Earth lower orbit as no longer necessary and fall back to Earth.

Usually, the boosters smash onto the surface of oceans never to be recovered, while for new launches new rockets are built. The process is not only extremely costly, but also very harmful for the environment. So, SpaceX plan to reuse rockets that have managed to pass the soft landing test.